Seven Australian fintechs to watch in 2016 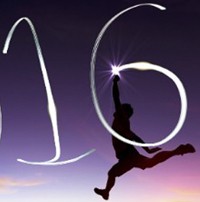 It’s set to be a flagship year for Australian fintechs, as the local ecosystem strives to become the “top dog” in Asia.

It’s a “pivotal” year that could prove to be “make or break” for many local fintechs, MoneyPlace co-founder Stuart Stoyan says, and many startups are already “punching above their weight” worldwide.

While the last few years have seen the various stakes being placed in the ground, Prospa co-founder Beau Bertoli says 2016 is all about growth for fintech.

“A lot of the groundwork has been done this year and 2016 is going to really be when the industry starts to get some serious momentum,” Bertoli says.

Here are seven Australian fintech startups that are set to lead the way in 2016.

Offering simple infographics to visualise troves of stock market data, the Sydney-based startup secured a $600,000 funding round midway through 2015 and inked a partnership with one of the big four banks. After taking part in last year’s London Fintech Week, Simply Wall St is now set to “take it to the next level” in 2016. The Aussie startup was also listed in the emerging 50 fintechs around the world in last year’s Fintech 100.

Thought up by founder John Fenga to solve a problem that used to keep him up at night, this startup offers a quick and transparent online system for global remittance.  It was valued at $US100 million after closing a $US21 million round in August last year and is aiming to make inroads in Asia and especially China this year.

This marketplace for invoice financing has big plans for 2016, announcing plans to bring on board 50 more team members and rapidly expand across the country, with the help of more than $500,000 in funding and the backing of the Victorian government.

While many fintechs look to partner up with the big banks, Tyro wants to directly compete with them. It was recently granted a full bank licence and closed a $100 million investment round, which will allow it to transform into a “next generation bank”, according to CEO Jost Stollmann.

While the overwhelming majority of Australian fintechs are based in Sydney or Melbourne, Grant Bissett’s startup is proudly staying put in Perth. With nearly $5 million in funding and more than $1 million in sales for its merchants, the fintech is looking to expand into Asia and “start making noise” this year.

Another startup focusing on the fast-growing lending sector, the Sydney-based startup battled for two years behind the scenes to pass the regulatory hurdles, finally launching in October last year. It paid off though, with MoneyPlace landing an “Australian-first” deal with a big bank worth $60 million that’ll see it greatly expand its lending ability.

A big partnership with Crowe Horwath has helped this Melbourne-based fintech rise above the pack. The two-sided platform aims to “democratise” the financial advice process by allowing users to post questions and have them quickly answered by a financial professional. While many fintechs focusing on actually facilitating the loans, FinancialAsk is more about educating consumers and helping them make the right decisions.