Australia is in a great job boom, with more jobs advertised than any other time in its 25-year history, alongside the lowest applications per job ad since 2011, research for SEEK reveals.

These factors combined have created a highly competitive employment landscape where many businesses are needing to offer top dollar to attract the best talent.

SEEK data comparing job ads listed from Nov21-Feb22 to Nov19-Feb20 reveals the biggest salary booms have come in a range of different industries, demonstrating that it is an economy-wide issue, even if some roles have grown more than others.

SEEK’s Senior Analytics Manager, Leigh Broderick, says his team were surprised at how quickly salaries and demand for candidates returned once lockdown restrictions were lifted.

“We saw a diminishing effect of restrictions. Each subsequent round of restrictions had a lesser and lesser impact on labour activity,” says Broderick. 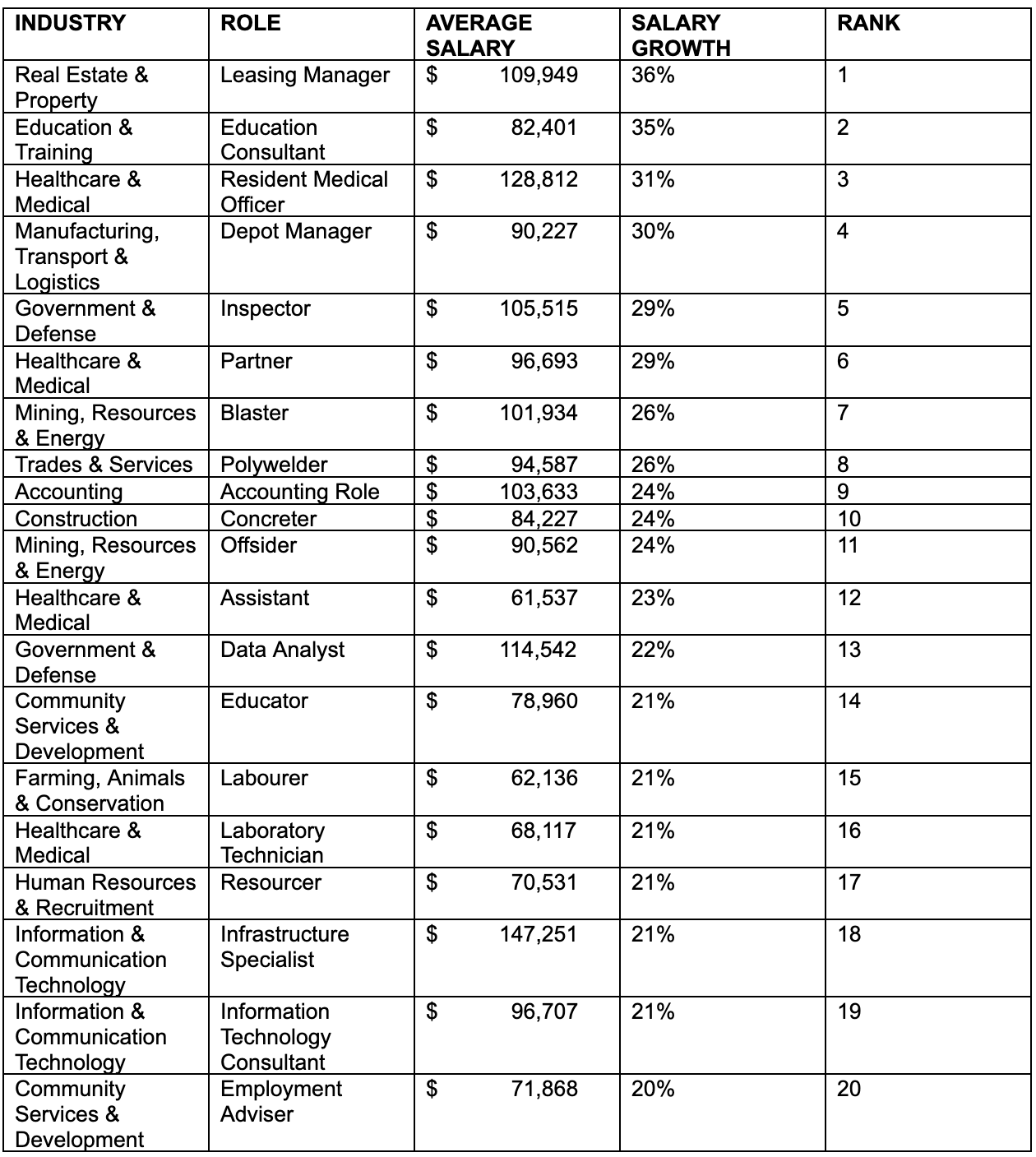 To find out what you could earn, head to SEEK’s salary tool.

How can employers react to the new labour market?

In a tight job market where candidates have options and salaries across many industries are rising, being clear about what you’re offering helps prevent wasted time on both sides.

For 40% of candidates, salary and compensation are more important now than compared to before COVID-19, according to SEEK data, which has released its Laws of Attraction research — an interactive data portal for employers to understand what candidates in their industry really want.

Broderick says the vast majority of recruiter and employer job ads don’t disclose a salary range for the roles, but candidates put pay transparency as a top issue, consistently.

“When SEEK asks candidates what attracts them to a role, salary is consistently ranked the number one driver of attraction,” says Broderick.

Being able to see a role’s salary is also the number one improvement candidates would love to see in job ads.

“In this highly competitive market, displaying the salary on offer is certainly going to be a great way to appeal to candidates and stand out from those competing for the same talent.”

Salary growth is here to stay, Broderick adds, so try to factor that in when you’re thinking about hiring.

“If that forecast is correct, it will be the first time in a decade that Australian wages growth has had a ’3’ in front of it.”

Beyond salary: what to offer candidates

Sky Stephens is the co-founder of Association of Professional Builders, a specialist coaching business for custom home builders.

In her role, she handles both the operations for her own company,  including hiring — and helps create training modules for her clients, including for recruitment.

She says that when you’re advertising for a role, it’s not just about making the salary clear, but the whole package, including expectations, KPIs, and exactly how the role is structured.

Can you offer extra super? Is there a work-from-home option? Flexible hours?

Consider factoring these details into your job advertisement.

By planning ahead for what the role looks like, what a successful candidate will achieve, and exactly how performance will be measured, you create an environment in which there are clear expectations on both sides.

“It’s your opportunity to sell your company, benefits, perks, but also be really clear on what the job is,” Stephens says.

“In recruitment, you need to be picky. You should be willing to accept picky people as well.”

Stephens recommends taking a step back and looking at your company’s presence online.

Make sure your socials feature some pictures of the team working together, ideally taken recently, and the first impression of your business online is positive.

“You need positive reviews on places like SEEK,” Stephens says.

“The best candidates will check in.”

Read now: How to win talent in Australia’s most competitive industries

The way we work has changed and SEEK has all the latest local insights to help you adapt and thrive. Whether you’re a business looking to attract the best talent in the competitive market, a manager wanting to retain your people or a jobseeker hoping to take advantage of the great job boom, SEEK’s advice, tools and resources can help you get there.