The innovation that will send our knowledge into the future 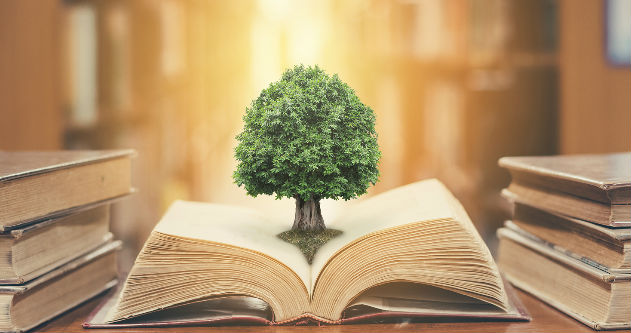 How do you be a good steward of your civilisation? That’s the question at the heart of the work of The Long Now Foundation. It’s a provocative one in some respects, demanding that we think beyond the span of the next school term, quarterly report, or election cycle, and in the span of generations. It demands, too, that we acknowledge that there will continue to be a civilisation to steward.

The foundation was set up to ‘give people permission to think in longer time frames. And to not be preachy about it – to inspire them by coming up with projects that would grab people’s attention and imagination, and were on the scale of the thousands of years.’

Explore the future of our city at Melbourne Knowledge Week, 7–13 May 2018.

The first of these projects is the 10,000 Year Clock. This monument-scale timekeeper – designed by one of Long Now’s founders, supercomputer pioneer and former Disney Imagineer Danny Hillis – will be ‘the world’s slowest computer.’ Built to last for ten millennia, it will tick away the ages – measured through mechanical binary calculations –  set deep within a cave blasted into the heart of a mountain in Texas, on a remote property owned by Amazon CEO Jeff Bezos. When it chimes, it will ring out a randomised melody, designed by British musician Brian Eno, a Long Now board member. Welcher says its parts have now been fabricated, and it’s ready for assembly.

A self-described ‘accidental extreme archivist’, Welcher came to Long Now as a PhD in linguistics, having worked at documenting endangered North American languages. She joined the foundation’s Rosetta project, an enterprise dedicated to building a database of human languages.

But every researcher knows a database is only as safe as its back up – a distinctive problem, given Long Now’s mandate to think in eons. Welcher says they needed ‘an archival storage medium that could last and be readable for thousands of years.’

Their solution was the Rosetta Disk. A solid metal wheel that fits in the palm of a hand, the disk contains over 13,000 pages of information on over 1500 languages, etched and electroformed onto its surface. Made from nickel, it can withstand extreme conditions and still be legible. ‘The idea is if somebody were to discover the disk, they could use it like the Rosetta Stone was used to discover that ancient hieroglyphs represented a spoken language.’

Assuming this future human shares our own cognitive capacity for language (and has a microscope handy), what they’ll discover is a snapshot of human linguistic and cultural diversity at the beginning of the 21st century. Copies of the disk are available to Long Now Foundation members, and one is even floating through space; stowed as cargo on the European Space Agency’s Rosetta space probe, which landed on comet P67 in 2016. Welcher says it awaits discovery there by ‘who knows who.’

In her spare time, Welcher recently joined the board of METI International, an organisation that researches contact with extraterrestrial life. For her, the missions of Long Now and METI are linked by a shared question: ‘How do we communicate over vast gulfs of time and difference?’

Communicate is the key term here. It’s one thing to simply transmit a signal across deep time, it’s quite another to predict whether it will still be comprehensible, even to its senders. ‘If you send a message a hundred light years away, probably your first opportunity to get a response will be 200 years from now,’ Welcher points out. ‘It might be thousands of years. How would you understand what you even sent to begin with?’

Consider English’s own evolution. Two hundred years takes us back to the time of Jane Austen – still readable, if not the favourite prose stylist of lazy students. One thousand years lands us at Beowulf and the last days of Old English – barely recognisable to the modern speaker. Five thousand years puts us in the era of proto-Indo European, the great-great-grandfather of English and most European tongues. The distant inheritors of our civilisation – those who are around to witness the last tick of the Long Now clock – might be as alien to us in speech as actual ETs. ‘Can we even talk to our future selves?’ Welcher asks.

Being a steward of civilisation is ultimately about ensuring continuity. The work of building our future begins here in the present. “Part of the Rosetta project is thinking about how we move knowledge that we care about into the future,” Welcher says.

“But if that doesn’t happen, we’re going to try to have a back-up.”

Would you eat a 3D printed burger? How would you feel about a chatbot nurse prepping you for an operation? And are you ready to unlock your front door with your face? Explore the future of our city at Melbourne Knowledge Week, Monday 7 to Sunday 13 May. #MKW18 #KnowNextNow