Changes to business in the new financial year 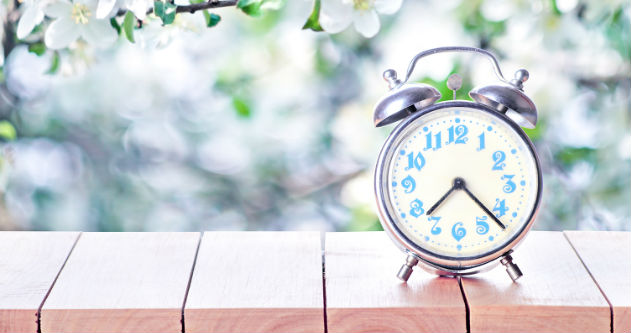 The new financial year always brings around fresh legislation from past federal budgets. This can mean new goal posts for businesses –both new and existing – to aim at when it comes to managing their books.

In 2017, the battling domestic retail sector is set to receive two major boosts, with penalty rate cuts and GST applied to overseas online sales kicking in.

But with new confidence also comes increased competition, making it crucial that businesses in these sectors adopt creative marketing tactics to charge full steam ahead.

Strategic measures like utilising a leading-edge web address – such as .sydney or .melbourne – may just be what sees some businesses find their place on the top of the pile.

These web addresses are uncluttered; they’re simple and easy to remember, progressive and search engine optimised – the perfect complement to business-friendly legislation.

For more information on how a local web address can help you reach millions of local customers, head to www.get.melbourne or www.get.sydney.

For businesses that already exist – or are planning to commence trading – in the hospitality, retail and fast-food industries, the first wave of penalty rate changes made by the Federal Government will take effect on 1 July 2017.

Public holiday rates will change from this date, with changes to Sunday rates to be phased in over three and four-year periods from July 1.

Full-time and part-time workers in the hospitality, restaurant, retail, fast-food, and pharmacy industry will have their public holiday rates cut from 250% of their standard wage to 225%. Casuals will go from 275% to 175%.

So what does this mean for existing businesses and new startups in these industries?

There is a regulatory framework to adhere to, and operators should be ready for likely union appeals, Australian Retailers Association (ARA) executive director Russell Zimmerman says.

“This is definitely not the last we’ll hear on this matter, as the unions have already stated that they will pursue an appeal,” say Zimmerman.

“The ARA will be opposing any Union appeal, as we are hoping to achieve the 1 July  implementation of a number of significant changes.”

The reduction in penalty rates, commencing with this first round of cuts, presents big opportunities for businesses in the affected sectors.

“This is one of the most progressive decisions the Australian retail industry has seen in a number of years,” he said.

It presents a golden opportunity for new players to enter the arena in these industries, and it could present more competition across the board.

Zimmerman said the ARA would help existing and new businesses with the transitional framework.

New starters in these industries can seek out .sydney or .melbourne website addresses to help stand tall in industries set to receive a new lease on life.

Premium addresses – like shop.sydney and shop.melbourne, for example –are currently up for grabs. Coupled with these penalty rate reprieves, these innovative web addresses are giving new businesses the chance to establish themselves quickly in a competitive market.  Most importantly, they’re tailor-made for SEO, and enhanced to dominate searches in the local market.

Cheap, online merchandise flooding into Australia has been a real threat to our retail industry.

It has been difficult for SMEs to gain traction in Australia, with statistics showing that only 37% of all online retail sales from June 2015 to June 2016 could be attributed to smaller domestic retailers earning less than $2.5 million a year.

The shaky Australian dollar has allowed the domestic market to outpace international spending 16.9% to 0.9%.

Proposed legislation to subject overseas sellers to GST on all purchases is set to give our domestic traders an enormous leg up if implemented.

Overseas sellers currently benefit from the low-value GST-free threshold, as any online purchases from their stores that are under $1000 don’t attract GST. If this changes, local retailers will be able to take the fight to online giants like Amazon and eBay.

A proposed block on Australian customers has even been threatened by eBay, should these changes go ahead.

Gerry Harvey, co-founder of Harvey Norman, was one of the biggest supporters of this tax and said that online retailers had been getting a “free kick for far too long”.

“If they win this argument, then the Australian economy will go up in smoke,” he said.

This tax on imported goods is set to benefit local online and brick and mortar retailers, with competition likely to increase.

By using a .sydney or .melbourne web address, businesses – both new and existing – can optimise their digital strategy and position themselves competitively within search results. As a result, they’re given access to customers who will be seeking a local approach to shopping when this new tax hits.

An example of a retail outlet already using these localised web addresses to great effect is marketcity.sydney – the gateway to all retailers at Chinatown’s Shopping Centre.

The appeal of a locally relevant web address like .melbourne and .sydney is that it allows individuals, business owners and brands to leverage the local and international appeal of their city and all that it represents. These great cities stand out from the crowd, and now, so can their web addresses.