Out with the infighting: Bridging the digital-marketing divide in family business

Digital technology has accelerated the pace of change in business ecosystems considerably over the past couple of decades, but in some family enterprises it can be a stumbling block, says Noam Judah, director of SEO agency TopRankings and web design agency Digital Rescue.

A 2018 report from the Deloitte Family Business Centre notes many family businesses lack a fully developed digital strategy, with 40% of surveyed respondents saying they either didn’t have one or they were still working on it.

The report also found in these enterprises, digital technology is still viewed mainly as an operational improvement tool, or a way to reduce costs, overlooking its potential for driving and improving customer engagement.

One business bucking the trend is Tentworld, an online camping store run by Alex Burrell, his wife Barbara and his son Jon. In fact, Alex was a digital pioneer way back in the dial-up days of 2003.

“Dad likes to tell the story that some business person came to Rotary and started preaching the benefits of being online,” Jon Burrell says.

“He asked people to stand up who had a website, and then asked them to sit down if it was just a brand site with a basic story. Then he asked who sold online, and then who did this and that — and Dad was very happy to be the last one standing.

“We may have only a very small catalogue of things, but we were still selling online,” Burrell adds.

This is impressive, given that a decade and a half later, 50% of Australian small businesses still don’t have a website.

Find out how TopRankings can help you develop a digital marketing strategy that works for your business.

The cost of “control at all costs”

Although Alex was the driver of digital innovation at Tentworld, he now trusts his son to take care of that side of the business with “very few questions asked”. 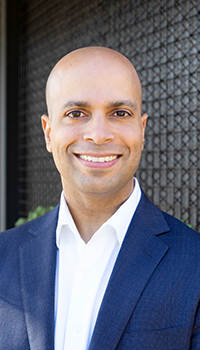 “Really I just keep him aware of what’s happening and what I’m doing and that it’s been thought about,” Burrell says.

If there are ever any differences of opinion that the father-and-son team can’t resolve between themselves, Barbara gets brought in for the casting vote — and whatever happens, no-one holds a grudge. Burrell counts himself lucky, since he knows of other businesses where families struggle to give each other the space to do what they need to do.

That sort of “control at all costs” attitude is risky, potentially resulting in stunted growth and threatening the long-term sustainability of the business, Judah says.

Worse still, if the next generation gets impatient and frustrated, it can even lead to defection and family fractures.

“A certain level of control must be released to the younger generation with the view that they have the business’s best interests at heart, in terms of both its survival and thriving future growth through digital marketing,” Judah says.

A little bit of understanding goes a long way

While it’s critically important that incumbents show trust and learn to loosen their grip on the reins, Judah also has a message for the next generation of family business leaders.

“Respect the older generation’s difficulty in embracing changes that are foreign to them,” he says.

“It’s often not immediately a strategy that they can comprehend, so patience and respect are key in the educational process, and not everything may be approved immediately.”

Engaging an experienced digital marketing expert to come in and help guide the older generation with understanding and research-driven insights could help bridge the generational gap — and your business will rake in the rewards. Just ask the Burrells, who now employ more than 120 staff in 14 locations.

“I would say SEO is probably the number one contributor to our growth and what’s allowed us to achieve the store opening rate that we have,” Burrell says.

“It’s a massive driver of our business.”