Facing the fire and fighting back 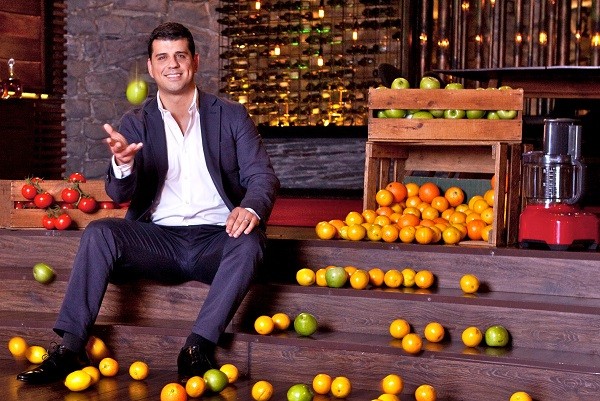 11-year-old business Nudie is climbing up the fresh juice market in Australia, but success has had its challenges

Fruit is not simply fruit in the world of Nudie. The Australian business was launched in 2003 and since 2009 it has built its market share from 2.7% to circa 26.5%. It has shaped its reputation on offering 100% pure fruit drink products, but growth has not been without a major challenge.

In 2004, current ‘Chief Nudie’ and director James Ajaka, along with his co-founders, received a call to say the company’s Pagewood bottling factory was burning to the ground. It could not be saved, and as they were underinsured, the team were faced with a dilemma.

“We thought, do we go back to our day jobs, or rebuild?” recalls Ajaka.

They chose the latter, relocating operations to a regional factory in South Australia for four years while they built up the finances to get the original premises running again.

The decision was clearly right, as the company is now one of Australia’s best-known juice brands.

Ajaka says the mission for the business is to be “the best in the world at beverage innovation and sales, marketing and brand building”.

Nudie has branched far from its original offer of fruit juices, offering sodas, chilled apple and orange juices, super juices with kale and chia, and more, resulting in a 490% growth in the last five years.

Ajaka was appointed as CEO in 2009, shortly after graduating from the AGSM at UNSW Business School after completing his MBA (Executive). He had an undergraduate degree in marketing, but undertook further study as he was keen to develop his management, finance and statistics skills.

“I was looking for some perspective, some distance from the business, to fill some gaps in my skill set, and it gave me that which was great. My leadership skills probably needed some work, so the MBA (Executive) was very beneficial in that regard, it gave me a great group of friends that I could bounce ideas from and share experiences with.”

He has put these skills to good use, leading the business into new product categories and getting ahead of the market curve with the popularity of coconut water.

“One of the things we did was get clear as to who we were and focused on that. We decided we would be the ‘creators of good’ – that was our brand position – and then we applied that filter to all our new product development and innovation,” he says.

The company has also branched into 100% fruit drinks for children’s lunch boxes.

“We looked at the kids market and realised that 245 million units a year are sold in the kids market, that included lunch box popper formats, and not one of them contained real fruit, so we thought wow, here we go,” he says.

“I’m very proud that for all the people working in the business, their lives have improved year on year, and they are part of a winning team,” he says.

Ajaka says the skills he gained from his MBA come into play every day.

“I think it is important to say it [further study] is not easy – it requires time, study and effort. It requires collaborating with a group of people that you are doing your MBA with that have different agendas as well, but all of that as a by-product makes you a better manager in the end.”

If you’re interested in more information on the AGSM MBA (Executive), visit here.