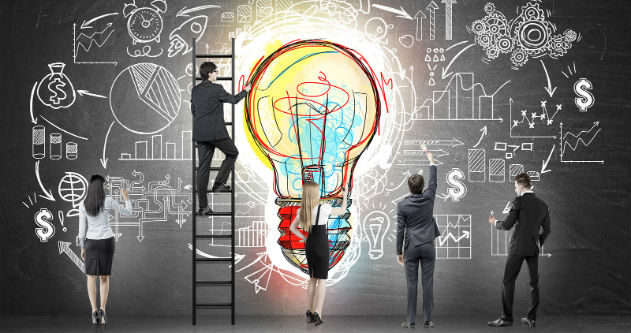 Small business is set to be one of the big winners from Treasurer Scott Morrison’s Federal Budget, handed down in Canberra last night.

Which means the time is right for startups and new small business players to enter the arena, and a golden opportunity to claim greater market share through a localised web address.

The Federal Government has gifted small business another 12 months of the popular $20,000 instant asset tax write-off, allowing new and existing startups to stock up on things like computer equipment, machinery and vehicles.

A further $300 million will be meted out to states and territories to reduce red tape and allow SMEs and startups to push ahead faster.

“Small business owners are out there fighting for growth in their businesses every day. They deserve our respect and support,” Mr Morrison said.

Melbourne and Sydney to rise as startup leaders

The major metropolitan markets of Sydney and Melbourne are expected to cash in on these Federal Government measures, with more startups to rise off the back of the tax breaks and reduced red tape.

The government has recognised that startups and entrepreneurs are a large contributor to new jobs and innovation in Australia, with 1.44 million jobs created between 2006 and 2011 alone.

Melbourne and Sydney are the leaders in this field, with 7 per cent and 12 per cent of the nation’s startups coming from these hubs in 2015. Again, this is a number that is set to rise off the back of these Budget measures.

Using a local web address to rise above the pack

Which is why adopting a local web address can be a vital tool to optimise search engine rankings, brand your startup in the market it will operate in, and create a central hub for all interested parties to come to. We’ve seen these positive effects in the case of www.ngv.melbourne and www.whatson.sydney.

The .sydney and .melbourne web addresses allow your business a competitive edge over the raft of rival startups that will enter the market because of the government incentives.

These web addresses simplify your online presence, are memorable and leverage the city’s brand and image to improve your business profile.

And with plenty of SEO keywords and generic options like www.marketing.sydney and www.digital.melbourne available, the time is right to lay claim to a powerful, new web address.

For more information on how a local web address can help you reach millions of local customers, head to www.get.melbourne or www.get.sydney.

The .sydney and .melbourne web addresses are digital assets that both the New South Wales and Victorian Governments invested in to support local businesses and startups.

NSW Finance and Services Minister Dominic Perrottet said it was a way to boost the state’s digital economy.

“The Government invested in .sydney to provide the New South Wales business community with a long-term digital asset that will create a platform for innovation and ensure the continued development of the digital economy across the State,” he said.

Industries set to claim rewards from the Federal Budget

Startups in the field of innovation, technology (including fintech) and the ideas space have been handed a great leg up by the extension of the $20,000 instant asset tax write-off and reduction in red tape.

Education is also a big winner, with the Federal Government pledging an extra $18.6 billion over the next decade.

The NDIS is set to be funded, courtesy of a Medicare levy, which paves the way for numerous new health care providers to become established and feed into the scheme.

And the trucks are set to get rolling on multiple, major construction projects with the debt ceiling lifted to $600 billion to stimulate this sector.

All of these industries can benefit from a locally relevant web address to create larger profiles and compete in these growing sectors.

The appeal of a locally relevant web address like .melbourne and .sydney is that it allows individuals, business owners and brands to leverage the local and international appeal of their city and all that it represents. These great cities stand out from the crowd, and now, so can their web addresses.