Get the most out of your virtual workforce 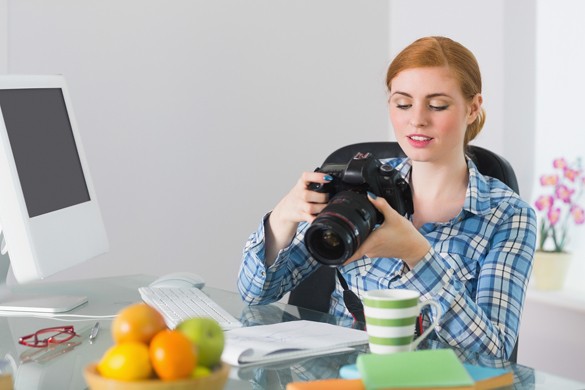 Hiring online freelancers is a great way to upscale your SME, but there are some clever ways to do it for the most success

There’s no way Toby Jenkins could have grown his web marketing consultancy so quickly without building a virtual workforce.

He’s hired several skilled professionals via oDesk.com – a decision that has enabled him to serve his clients in a far more affordable way than he could have done by hiring full time staff.

As the founder and chief executive officer of Sydney web marketing consultancy Bluewire Media, Jenkins trains and advises businesses that don’t have the budget to hire someone in-house to handle web marketing. In turn, he takes this ethos of hiring the right help into his own operations.

“We’ve been in business more than 10 years, and in that time we’ve turned to oDesk to streamline several elements of our business,” Jenkins says.

He first engaged with oDesk.com six years ago to locate an experienced and more affordable web designer. After a positive outcome, he considered what other tasks he could outsource.

Jenkins started with some basic administration tasks, hiring someone in the Philippines who continues to work for him today.

The ‘virtual assistant’ compiles lists, creates databases, deals with emails and various other elements so that he can get on with running his business.

“She has been a huge asset to our business, and now manages a range of crucial tasks that make a big difference to our success,” he says.

Jenkins has since built a virtual team through oDesk.com, which consists of a podcast editor, a social media manager, a video editor and an infographics specialist, among others.

He has some great advice for SME owners on how to gain the best results from a virtual workforce.

The first thing is to find the ideal expert for the skills you need. Rather than posting a job ad and hoping the right people come to you, he says to use oDesk as a source of talent, so you can search for candidates that meet your specific needs.

He recommends filtering workers by ‘top performers’ on the site, before posting a job and inviting them to accept the task.

Jenkins also recommends sharing what makes your company special, explaining that you want to create a distributed team, and to help virtual workers feel like a part of your team.

“You can’t just hire ‘anyone’, either. To be successful you’ve got to figure out exactly what tasks you can outsource.”

He recommends starting a new freelancer with a small task to assess skill, rather than trying to outsource an entire role.

“When I’m outsourcing for the first time, I’ll often create a job and assign four or five contractors and see who completes the task well. Then I’ll narrow that down to two people who completed the task the best, and give them a more advanced task. It’s like a rapid probation period and it works really well.”

The more specific you are about the task requirements, the more success you’ll have, he says.

For example, rather than assigning someone to build a full spreadsheet from scratch, he’ll complete the first two rows, then ask the person to follow his lead.

Another idea is to use global time differences to your advantage. This means outsourcing tasks at the end of the day with a 12-hour deadline so they’re completed when you get back into the office the next morning.

Also remember you need to set them up well. Send them a welcome email, adding them to all appropriate email distribution lists, and share important contact information and other materials you share with the rest of the project team, Jenkins says.

Country Manager of Elance-oDesk Kyri Theos agrees. “Although you’re separated by time and distance, it’s important to remember your online workforce is made up of real people,” he says.

“You’ll get the most out of your freelancers if you communicate regularly, set clear expectations, and ultimately treat your online team with the same respect you would show to your office colleagues,” he says.