Three business leaders on how older workers can boost your business 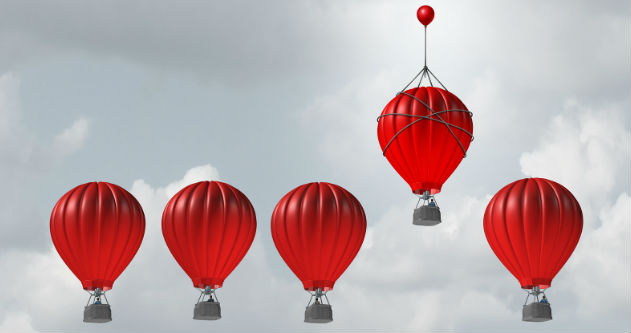 Employing the right staff can be a challenge for small business. Getting the right cultural fit, using the relevant recruitment tools and knowing how much to pay are just a few of the hurdles when it comes to expanding your team.

Many businesses are benefiting greatly from employing staff aged over 50. It’s not only skills and expertise that an older worker can bring to the business – it’s also a financial benefit. The Australian Government’s Restart wage subsidy can offer businesses up to $10,000 over six months to hire and retain older staff.

Here, three small business owners and industry thought leaders offer three different ways that they foresee a business benefiting from employing older staff – and potentially a windfall of funds, too.

Mature age workers bring a diversity of perspectives and a large network to small business, and hiring someone over 50 simply makes sense.

Gemma Lloyd, co-founder of women’s job board, Diverse City Careers, says she is puzzled why we even need to discuss the strength and benefits of older workers.

“The last time I checked, the average age of ASX200 board members was quite mature, which is a clear sign of the value of experienced mature workers,” she says.

“Diversity of thought comes from a range of diverse backgrounds, with age and experience being a key one to harness.”

Lloyd, whose company’s focus is to educate and accredit businesses about diversity in their recruitment practices, says employing older workers and upskilling existing staff aged over 50 is invaluable tool for growth. And a funding boost from employing a mature worker can help finance training programs.

“Older workers have formed relationships which are long lasting and can often be beneficial to the business they are employed at,” she says.

“Any additional funding can be used to help upskill an older worker, for example, to bring them up to speed with technology, and their valuable networks and relationships will be a huge advantage to the business.”

Older workers not only bring a wealth of experience to a business but also a very different attitude, says Jeff McAlister, CEO of Australian online events firm TryBooking.

“The fact that they are less worried about money and also career growth generally makes them more grounded in the job they are doing – allowing them to focus on the work and master it, rather than being distracted by the next job,” he says.

McAlister says his team is passionate about bringing the community together through events, and believes there is real benefit in having an older worker being the face of its Australian customer service team.

“The $10,000 [wage subsidy] is a smart initiative that could allow businesses to drive growth in the 50-plus market,” he says.

“We could use the [wage subsidy] to introduce an ambassador-based role to inspire confidence and trust from existing and potential clients, many of whom fall into the 50-plus age bracket.

“Our business model is centred on community focus, hence it’s important our team is a representation of Australian communities, with a variety of ages, genders and backgrounds. Specifically we would use the person to engage with Rotaries, Lions Associations and other clubs to advise and train them on the benefits of efficient online systems.”

Veronica Munro, Business Development Lead with tech company Common Code, says there needs to be a greater focus on upskilling and diversity within organisations.

She believes this will allow workers of all ages to learn new skills – even if they have had the same role for 20 years and don’t think they can change career paths – and to be more collaborative and innovative.

“I think businesses can be more supportive with their workforce to help prepare them for jobs of the future,” she says.

“There’s currently support in organisations around professional development, usually around the person’s job, but there should be greater support to diversify the skill sets of their employees and get them to have learning mindsets.

“This could lead to more internal innovation.”

She says establishing an in-house mentoring program would be a great way for older staff to  upskill and remain highly relevant within a business, even as the technology which shapes it adapts and changes. It would allow them to learn from younger colleagues but also impart the wealth of their industry knowledge.

“This could be really great way to help form strong bonds between an organisation’s mature age workers and younger workers,” she says.

“But like any relationship, including a mentoring one, there should be reciprocity. Mature age workers have a lot of experience to share but they can also learn a lot from their younger colleagues.”

A funding boost would allow the implementation of programs such as Mentorloop, an online mentoring program that matches suitable employees, creates communities to connect and share information and allow older workers to pass on their expertise.

jobactive is a recruitment service that finds the right candidates for your business needs. Your local jobactive provider will do the hard work for you and recommend a shortlist of screened and job-ready candidates at no cost to you. It’s the Australian Government’s way of helping employers recruit active job seekers. Go to jobactive.gov.au and connect with a jobactive provider today.