Use the cloud to mobilise your team: how this design firm did it 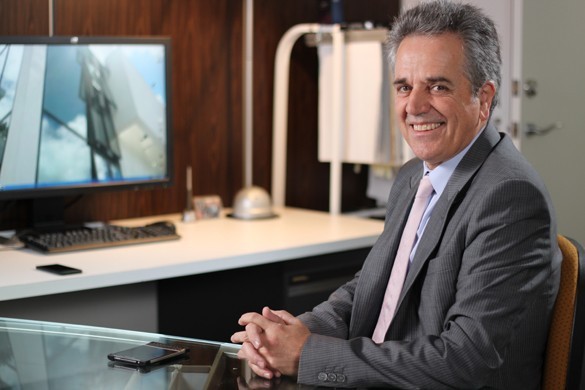 Working on any device from anywhere is the dream, but security of data and IP needs to be number one, as Morea Architects knows first hand.

There is no question that business owners are getting more mobile and want to work anywhere, at any time, on devices that suit their personal preferences.

In fact, over 75% of small business owners have a smartphone, while 52% have tablet devices, according to the 2014 Sensis e-Business Report.

However while businesses are embracing cloud applications to work on the move, they aren’t necessarily thinking about the security of their data in the process, explains founder and director of independent web services firm The E Team, Craig Reardon.

“Given the potential risks, SMEs are going to have to do some homework before embracing anything that has the slightest potential to put their data at risk,” says Reardon. “Once understood, the hoops they have to go through to jump aboard will be much less than their corporate counterparts.”

You may be a small business, but it does not mean you’re not a target for hackers, and failing to take preventative measures could lead to serious financial losses, says Reardon. In fact, The Australian Federal Police told the ABC that more than 3500 cyber-attacks on Australian sites from foreign countries and criminals were reported in April 2014.

Similarly alarming is a 2013 report (PDF, 2.19MB) from security company McAfee, which found 45% of Australian SMEs experienced a targeted electronic attack that year, and 46% suffered a data or security breach as the result of disgruntled current or former employees.

The team at Melbourne-based Morea Architects use their architectural software on the move to respond to industry demands. Key to this is ensuring their unique designs are secure, along with client data and contracts.

Principal Director Constantine Moschoyiannis says today’s approach is far cry from when he began the business.

“When I first started my practise 30 years ago, I started with a pencil, a piece of paper, a drawing board and a landline phone,” he says. “We would sketch with our pens and dispatch a large piece of paper with all the inefficiencies and time constraints that involves.”

Now, to work with speed and agility on the move, while protecting their designs and other intellectual property, BlackBerry’s BES12 Cloud. They can access their documents on any device, from anywhere, knowing they are secure.

“During the construction phase there’s constant back-and-forth to discuss drawings, specifications – opening up rolls and reams. Now with the mobile screens we are able to do that very efficiently and on site.

“Traditionally a document would be emailed, but then there’s the issue of size, compatibility with devices, opening up documents, and other time consuming headaches.”

The team is also taking advantage of video conferencing on the run with BBM Meetings.

“Recently when I was on site discussing queries from builders about a design, I got a colleague up on a shared screen on the BlackBerry Passport for a three-way video chat.

“There was no need to travel to get a third person in, nor was there any downtime to get access to documents.”

Moschoyiannis says the cost of this technology was once prohibitive for a smaller business, but it is now within reach.

“It’s hard to explain how secure this connectivity feels. I’m currently on a mountain, on an island in the Ionian Sea. I’m remote. I feel liberated thanks to the cloud set-up that there can be no down-time, because I can always replace a laptop if one breaks and reconnect myself.”

Find out more about BlackBerry’s business solutions and try BES12 Cloud for free.