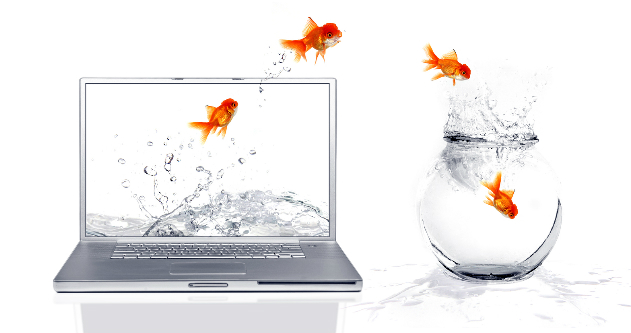 How do all these realities work?

Virtual reality is a fully immersive environment. This is a three-dimensional computer-generated environment that you interact with using a virtual reality headset and headphones; you are completely immersed in that space.

Augmented reality is where the virtual environment is assimilated into your reality. Imagine a device where the graphics are simulated into the space you are standing in. As an example, people would probably be most familiar with Pokémon Go.

In technical terms, augmented reality is a live, direct or indirect, view of a physical real-world environment whose elements are augmented by software or computer-generated sensory elements like sound, video or graphics.

For example, an artist can take an illustration, print it out and overlay it on their smart phone. They can then use an app or software that’s on the phone and convert (or animate) that drawing or illustration into the real-world environment.

The major difference is that with AR you are augmenting your reality, the world you are already in, whereas with VR you, in a sense, leave this reality and go into another, virtual world.

Augmented is probably more the way we will go in future as it’s much more interactive and you’re not restricted by the headset and headphones.

Mixed reality uses a combination of AR and VR, and probably the most common usage at the moment is in retail, the arts and entertainment industries.

Why should businesses adopt AR and VR?

The race is on to commercialise this technology and how it changes our interactions. Business owners need to educate themselves; they should investigate how they can integrate virtual reality and augmented reality into their business models.

It’s not for every business, so it is a matter of applying it to the right application but you can see what business segments benefit from AR and VR. Entertainment, gaming, fun parks, simulations, home entertainment, those are perhaps the obvious ones.

Brands use VR/AR and 360VR in their marketing mix –  for instance publishing a 360 VR video to YouTube, Facebook and Instagram can increase engagement. We are now seeing augmented reality being adopted by social media platforms and all businesses can utilise those tools.

Exactly how you use it depends on what industry you are in. For instance with real estate 360 VR is used for property virtual walkthroughs. Now,  instead of being physically present to buy an investment or holiday property, you can pop on a virtual reality headset and it will feel as though you are walking around the actual property. It’s much more effective than promoting the property with traditional media such as print or video.

In the health sector the use of simulation training and education can help save lives by training the medical profession prior to surgery; it can also save money in other industries, like mining. A heavy equipment manufacturer can train people in the virtual simulator rather than on the expensive equipment, and it means you don’t have to send people to a specific location. It’s like what we’ve seen glimpses of over the years in how pilots and astronauts are trained, only it isn’t limited to a physical simulator, it can be virtual and accessed from almost anywhere.

A business owner needs to learn about this technology and then ask, “How can I apply it to my business model, online store, website or marketing strategy?”

In any sector that sells products, there is enormous potential for using augmented reality technology to be able to simulate how a product would appear in your own space / real world environment. You can go into a store and see a sofa you like, open the augmented reality app on your device (for example IKEA) that allows you to simulate this sofa in your own lounge room, choose different colour options to see which colour sofa looks the best in your living space. This technology is being adopted by the big retailers and the thought is that eventually you won’t need to go into the store to view products; you’ll just be able to look up items in augmented reality apps and use the application to see how furniture or new carpet or paint will look in your home.

A lot of people think of gaming when they hear the term VR, but it’s so much more than that. Business people need to get away from that kind of thinking because they are missing opportunities for engaging with customers and potential revenue. You can get an incredible increase in engagement on social media by using 360 VR because it’s new. We are still at an early adoption stage in Australia; we’re a few years behind overseas.

The technology is accessible and affordable; most people just don’t know how to get started. You can do something as simple as buying a 360 VR camera for $399. You transfer the video you’ve captured on the camera onto your synced mobile phone / device, download an app and use it to transform the video into VR. You can then push that up to social media channels and all of a sudden you have an interactive VR experience for your audience. All the technology is commercially available and you can just walk into a store and buy it and much of the software is available online. If you can’t be bothered making VR / AR, there are developers and VR / AR / MR companies that can produce this work for you.

Film producers and gamers use more expensive hardware, but as a small business owner, you can buy one of these cameras and start experimenting with using it straight away. There’s such a huge opportunity now to be an early adopter of this technology for promoting your business and engaging with customers in ways that could really give you a competitive edge.

Leah Bunny is the founder of Carousel Creative, Virtual Soup and co-founder of Real World VR.

The Australian Chamber is Australia’s largest and most representative business association, comprising of state and territory chambers of commerce and National Industry Associations. Biz Better Together is an Australian Chamber initiative, established with assistance from the Department of Employment under the Productivity Education Training Fund, to engage with business on productivity enhancing tips and tricks.