Want your business to grow? Stick to what you’re good at, then delegate 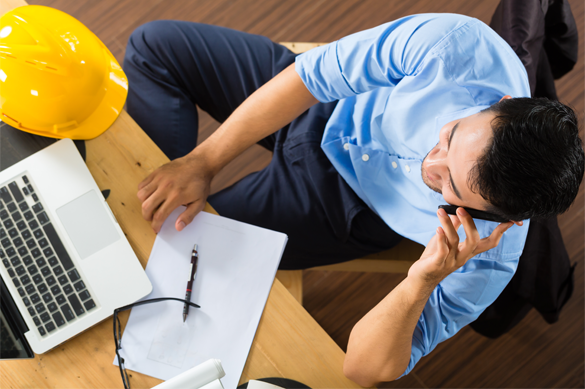 CareMonkey’s CEO talks through how he plugged the knowledge gaps in his SME, growing to thousands of customers

As a business owner you’re likely to start out with a small team of one or two people while running most areas yourself, from marketing to accounting to human resources.

But while you may want to exert control over every department, the most successful SMEs understand their limits and realise that growth is only possible through delegation.

Distributed and flexible teams are the future of work. Hiring online freelancers can be a great way to connect with the world’s most talented writers, support experts, developers and other workers to upscale your SME.

CareMonkey chief executive officer Troy Westley has a broad range of corporate experience with strengths in sales, marketing and management, but he decided early on to hire virtual employees to keep up with demands around the clock.

“CareMonkey is a risk management system,” he says. “It provides instant access to emergency and medical details for schools, clubs and businesses so they know what to do, who to call, or what to tell an ambulance paramedic in an emergency.

“I fancy myself experienced in lots of areas, but when you’re building a company you just don’t have time to do the million other things that need to be done.

“I started looking for other resources to fulfil important roles on an ad hoc basis. I turned to [online freelancer site] oDesk.com and hired at least twelve different people.”

The team behind CareMonkey is distributed around the globe from Australia to Argentina to Pakistan and the Philippines. Location of staff hasn’t been an issue – it’s more about the skills the person is able to bring to the table, says Westley.

“Sometimes we’re in awkward time zones but the communication has been really good. You’re able to execute a job quickly without going through a long hiring process. There are several tasks I would have waited around to finish until much later, but now I’d hire somebody to do that job so that we don’t muck about.”

The company has employed two designers to design business logos, images, banners and brochures. It has engaged with web researchers and data entry experts to help generate leads for its Customer Relationship System, as well as a medical researcher to source information.

“We’ve also hired security consultants who’ve run ethical hacking of our systems and penetration tests for us. I’ve had a social media manager when we were smaller, and two WordPress experts to create a web presence for us,” he says. “An appointment setter did outbound calling to get appointments for our sales team, and I’ve hired a company who created an animated explainer video which is still on our homepage today.”

Westley says he didn’t personally have medical research, design or security skills, or staff on hand to complete those specific roles throughout different stages of the business.

“It was outstanding to be able to go to that marketplace, look at some past work and then pick people that I felt would fulfil the role successfully. Having this extra help from oDesk helped grow the business faster. We’ve become a company with thousands of users and have gone on to win the StartupSmart 2014 Best Startup Idea and the 2013 iAwards (Health Category),” he says.

It can be hard for SMEs who want to exert control over every department, but there’s no need to be afraid of giving a freelancer a chance on a small job to test them out before you commit, advises Westley.

“See if you like them, whether they can communicate well and follow through with what was commissioned. If it works out you can give them more responsibility, or go and hire someone else.”

For more information on how to outsource as you scale up, visit Odesk.com.