Lessons in business from people under 20 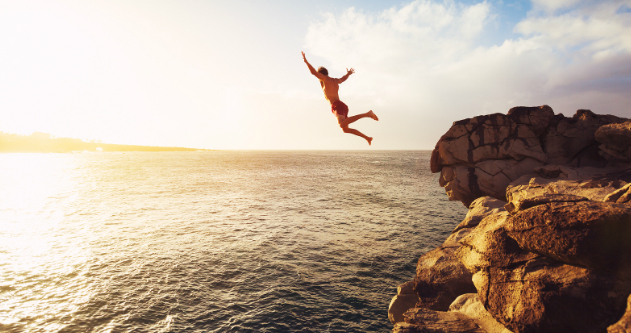 Choosing a career can be one of the hardest decisions young people have to make, but for some, being a young entrepreneur is a natural choice. In fact, many are excessively good at being businesspeople long before they can legally vote or drink a beer in a pub.

So how do young people develop a vision for a business, find the funding, get organised and make it thrive?

Making a young an advantage

Taj Pabari, who at 14 years of age founded IT educational social enterprise Fiftysix Creations, which creates DIY tablets for young people to learn about technology, says being young is a distinct advantage.

“Being not as worldly wise as people who are older and more mature is fantastic because we can’t foresee any of the roadblocks others can, we can’t see any of the challenges and so we we go straight for the impossible,” he says.

Aside from selling tablets that students must assemble themselves, Fiftysix Creations also conducts computer science and entrepreneurialism workshops in schools all over the world.

Its mission is to teach one million students by 2020, particularly those who are disadvantaged or live regionally.

Pabari, also the 2017 Queensland Young Person of the Year who created a tech blog when he was 11, says he was inspired by tech giants Bill Gates and Steve Jobs and has received tremendous support from established business people to make his dream happen, including key investor Steve MacDonald.

Now 17, Pabari has successfully used LinkedIn as a platform to connect with supporters and says it’s a great way for young people to build networks.

“People do want to help us, they want to give us their support, they want to share their experiences so we don’t make the same mistakes they did and that’s why LinkedIn has been an amazing resource,” he says.

“You don’t have to be sitting in Sydney or Melbourne to connect with global entrepreneurs.”

Having nothing to lose

Briella Brown, founder of online fashion firm YourCloset which allows women to rent designer wear, says being a young person who had nothing to lose was central to starting her business when she was just 17.

“In the beginning, I wasn’t too nervous really – probably just naive – but I didn’t have much to lose initially because I had no income as I didn’t have a proper job so wasn’t risking an already stable job,” she says.

“I was living at home so didn’t have to worry about a mortgage so could throw myself into work completely.”

Her business flourished so quickly she chose to leave university and concentrate on it full time.

Brown has since been part of TV pitch program Shark Tank where she successfully raised $80,000 from investors Janine Allis and Naomi Simson for a 40 per cent stake in her business to take it to the next level.

Like Pabari, she found established entrepreneurs were happy to help.

“Most people I contacted for help made the time to sit with me and genuinely work through problems I had in the business which was awesome,” she says.

“I wasn’t afraid to contact successful businesswomen and men who had created their own successful brands and businesses.”

Both Pabari and Brown say to be successful as a young entrepreneur, the drive has to come from within.

“You just need to be passionate, and it can’t be parent-driven,” Pabari says.

“Getting mentors around you is invaluable, people who can challenge your thinking and provide different points of view.”

Brown agrees that running your own business can be a real challenge, so you need the personal commitment to keep going.

“You need to have an over-arching goal which will keep you focused and motivated when you are having a tough day,” she says.

“I’m also not afraid to admit when I don’t fully understand something so would recommend reaching out to people who have done it before and asking for some guidance to ensure you avoid the same mistakes.”