What it takes to make it in the film industry 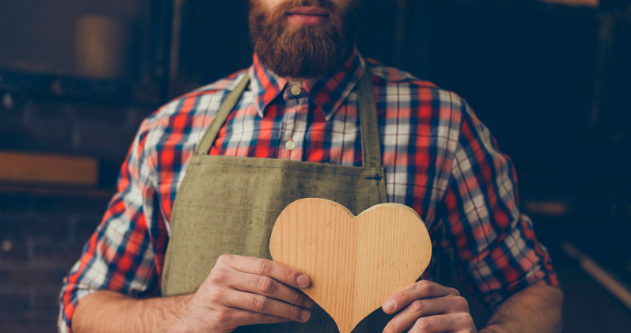 Richard Becker, managing director of the Becker Film Group – a family-run film distribution company  – says that he has been emotionally, intellectually and financially invested in all of his films. With more than 300 films under his belt, that’s a big investment.

“Four Weddings and a Funeral was a big success for us so I was obviously proud of that performance,” Becker says.

“But I’m just as proud of the films that weren’t as successful.” For Becker, every film has value, regardless of its commercial success.

The 63-year-old, who started working for his father’s company Becker Group Limited in 1977, decided to specialise in film distribution rather than production.

“In my previous role [as CEO of The Becker Group from 1985-2007] I spent more time administering staff and managing the business.”

“When I started the Becker Film Group in 2008, I decided that I wanted to speak to my clients and filmmakers, and deal with scripts, story projects and casting. All the things that see a film [from] a good idea and develop into a completed product.”

It is rare that the Becker Film Group gets to see a completed film before they buy it, and he says that choosing quality is a multilayered process.

“There’s no doubt that I prefer to speak to an audience that I relate to, so I often turn to mature stories,” Becker says.

“If you don’t like the film, you’re not likely to be inspired to spend a lot of time and effort working on it.”

For Becker there are many elements to consider when making a purchasing decision. The price has to be right, the timing has to be right and the cast needs to support the story that is being told.

Rapid changes to technology, finance and marketing have kept the role challenging for Becker.

“When I sit with my clients and talk about locations, I still refer to the word ‘prints’, he says.

“Of course, we don’t use prints anymore!”

“A lot of younger people will look at me like I’m coming from another planet,” he says.

“These old expressions are still part of my dialogue.”

While Becker still gets a lot of satisfaction out of his work, he admits that it is harder to cut through the noise now.

“The market is very crowded and you are reaching for an audience that is fragmented. The conflicting dynamic is hard to cope with, and you have to be very certain that the film you are dealing with can cope with that.”

Despite the inevitable certainty of future changes, Becker predicts that he will always love his work.

“I live in the Hunter Valley and I grow grapes which is tough yakka,” Becker says

“So I get to leave the farm every week, come to Sydney and do the work that I love.”

“Once you’re infected with the film industry you never lose that love for the business.”