An employment match made in heaven? eHarmony to launch employment dating service in US 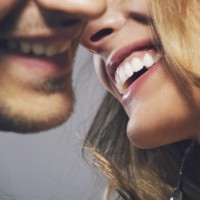 That’s exactly what global online dating service eHarmony is hoping will happen when it launches its employment matchmaking service Elevated Careers at eHarmony in the US later this year.

According to the Wall Street Journal, US job seekers and potential employers will be able to sign up to the service in December.

The new service will be closely aligned with eHarmony’s dating service, with eHarmony founder and CEO Neil Clark Warren telling the WSJ if the company can do for recruitment what it has done for loved-up couples, “we will save companies enormous amounts of money, and save the person a lot of strain and stress too”.

Warren said Elevated Careers will have “something like” the eHarmony “29 Dimensions of Compatibility” for couples, and he believes there is some crossover between both services.

“If people come home and they’re unhappy with their job and boss, it puts a lot of tension on a marriage,” said Warren, who says qualities sought after in romantic relationships, such as honesty, kindness and emotional stability, are also important in the market for jobs.

A spokesperson for eHarmony Australia told SmartCompany while the service will initially be rolled out in the US, it is something the local division would consider introducing in Australia.

If the service did launch locally, it would start with a strong customer base. The local arm of eHarmony has 2.5 million registered users and since launching in 2007 has been responsible for more than 11,000 marriages.

Ash says the Elevated Careers concept “goes well with the concept of employers of choice” or employers being desirable or attractive for the best candidates.

But she says it’s important to remember that this service would likely only be the first step in the recruitment process.

“As with relationship dates, it can all fall apart face-to-face or Skype-to-Skype!” she says.

Nevertheless, Ash says this example does highlight the potential for other tactics used in the dating scene to apply to the search for employees.

“Maybe we can look forward to speed dating too,” suggests Ash.  “Lots of employers and employees move around room on gong then ratings at end.”