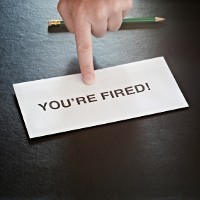 An Australian woman has attempted to sue her US employer over claims she was unfairly sacked for being Australian.

Catherine Petzel filed a lawsuit in Ohio against the US arm of Australian red light camera operator, Redflex Traffic Systems, claiming the company sacked her on “unlawfully discriminatory grounds” in 2012. Redflex, a company headquartered in Melbourne, had hired Petzel to sell its cameras in the United States.

Petzel told the court Karen Finley, the chief executive of Redflex’s US operations, had made remarks about the work ethic and responsiveness of Australians at a sales event in October 2011.

Petzel also alleges Finley made a comment about how her accent would be “received” in the American marketplace, and questioned the “propriety of having an Australian in a sales position” given the company’s US competitors had previously attacked Redflex’s Australian roots.

“Ms Finley referred to the work ethic of Australians, implying that Australians did not work as hard as their counterparts in the United States,” said Petzel’s lawyer, John Camillus, according to AAP.

According to AAP, Finley is meanwhile at the centre of a scandal in Chicago, including allegations she committed mail fraud, bribery and conspiracy to commit bribery counts. The issue has shaken Redflex’s reputation in the States.

Redflex maintained it terminated Petzel’s employment in 2012 as a result of her poor sales performance and the US court that heard the case agreed, throwing out the case in October last year after finding Petzel had no evidence of being discriminated against. Petzel is continuing to pursue her claim.

Employment lawyer and M+K Lawyers partner Andrew Douglas told SmartCompany the summary judgment showed there was an absence of evidence of discrimination against Petzel and Redflex had shown a documented history of her poor performance.

“People say things, but if the underperformance has been documented, the occasional throwaway comment is unlikely to have much of an impact where there is consistency of behaviour,” says Douglas.

“Discrimination law looks at whether or not a person is being treated unfairly as a result of a particular attribute, but they [Redflex] showed she was sacked because she repeatedly performed poorly.”

Douglas says discrimination cases look at the manner in which an employee is treated because of an attribute, and a plaintiff would need to show there has been a genuine disadvantage because of that attribute.

He says if similar litigation was to happen in Australia, a discrimination case would also be unlikely to “have legs” in Australian courts, but the country’s adverse action laws would make things more complicated for an employer.

“In places like Australia, where there is adverse action law, it is much easier to mount a case on discrimination,” says Douglas.

He says adverse action claims carry with them a reverse onus of proof, so if the same thing was to happen to a foreign worker in Australia, an employer would have to prove the sacking of an employee had nothing to do with their nationality.

“A worker would have to establish a workplace right, and that they’d been treated adversely, which is as simple as being terminated. Then the onus shifts to the employer to prove no part of the decision making to sack them had to do with that attribute,” he says.

“Adverse action law would make it a lot more complicated here,” he adds.

SmartCompany contacted Redflex Traffic Systems but did not receive a response prior to publication.