Are Australians workaholics? What to do if your employees won’t take holidays 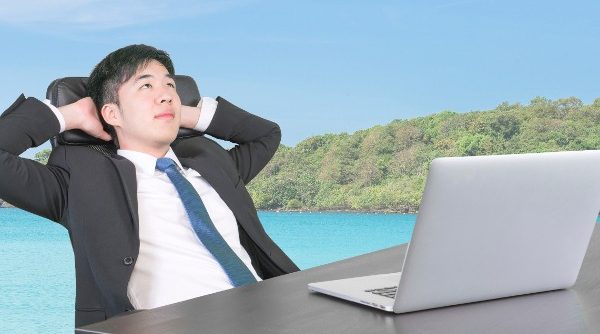 It’s a business conundrum: what does one do with dedicated, hard-working employees who generate fantastic results, but just won’t take a holiday?

“We have a couple of team members in particular who’ve been with us a number of years, they’re so dedicated, but they’ve hoarded their leave inadvertently because they’re so committed to their work they don’t think to take time off.

“It’s a good issue to have, but it’s really not, they need to take a break.”

The practice of hoarding annual leave is on the rise in Australia, according to a new survey of over 10,000 workers by travel giant Expedia, which found one-in-six people took no leave at all last year.

Reaching similar conclusions to Booking.com and Princess Cruises studies in recent years, Expedia reckons Australia has become the third worst country in the world for taking annual leave, behind even Japan.

Take that with a grain of salt though — after all, Expedia is a travel company that wants everyone to go on holiday, and while Roy Morgan research from 2016 found Australians had a total of 134 million days of leave accrued, more recent figures found holiday intentions are on the up.

That said, data on rates of overwork in Australia is bad enough to make even small-business owners blush. Despite Australia’s laid-back reputation, research conducted by the Australian Institute last year found 3.2 billion hours of unpaid overtime was worked last year.

For those Aussies who are workaholics, not taking leave can have adverse consequences, with some HR experts worried a culture of poor work-life balance is festering in Australia.

“From the employer side, there’s a duty to oversee a proper and healthy workplace, so the real problem is not so much the people who don’t take all of the 20 days a year, it’s the accumulators, people who have more than 40 days,” he tells SmartCompany.

“It’s a terrible thing, it perpetuates the myth we are all busy and people are so time poor now they haven’t got time for family,” he tells SmartCompany.

Leave hoarders are also a financial risk for employers, particularly if a worker is given a pay rise or moves on, leaving a business on the hook for a lump sum payout of any outstanding leave.

That’s not to mention the risk of burnout and productivity benefits which arise from a well-rested workforce.

Employers can oblige workers to take annual leave, but both Wilson and Wurth agree this should be a last resort measure as it can create unnecessary conflict with otherwise loyal employees.

Part of the issue is ‘leave guilt’, where employees feel bad about going on holiday because they think they’ll let their team down or miss important developments.

“It’s that mentality of always being available, with people working from home there can be grey areas between picking up your phone and looking at an email,” McWaters explains.

There are also other motivations that can arise from feelings of job insecurity, Wilson says.

“You may want to be around more to show you are valuable, but secondly, you might like the leave balance building because it is a bit of a cash payout if you lose your job.”

Tackling this is undoubtedly a question of workplace culture, namely creating an environment where workers feel it’s not just okay to take leave, but actively encouraged.

Wurth says this has to start at the top. In short, small-business owners need to lead by example and ensure they take holidays and maintain a healthy work-life balance.

As SmartCompany has written about previously, that’s not always easy. Research conducted last year found many business owners are working up to 80 hours a week and avoiding holidays.

But that’s ultimately an unsustainable attitude that can have a negative effect on everyone in the workplace.

For businesses who go through seasonal shifts like Sol Group, taking leave can be tricky during peak trading time, but McWaters says communication and planning are a business owner’s best friend.

“It’s about keeping open communication about upcoming planned leave and ensuring people know when the best time to go is,” she says.

But McWaters explains businesses, especially retail companies, need to be flexible during peak periods such as Christmas as well, recognising that the holiday season is important from a family standpoint.

“We don’t stop everybody taking leave, but we know there will be one or two that do during the peak, and it’s sort of a rotational thing,” McWaters says.

“Time off in the lead up to Christmas is important.”