Australian men wealthier than women at every age 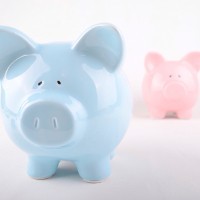 Young men are nearly 100% wealthier than their sisters, according to new research.

And the gap in wealth between men and women of all ages is getting bigger every year.

The Curtin University study, led by Siobhan Austen, Rachel Ong, Sherry Bawa and Therese Jefferson, found that the gap in average wealth between men and women had grown by almost $30,000, or 18.2%, in eight years between 2002 and 2010.

The largest wealth gap was found in younger men and women, with men under 35 having a net worth that’s 89.3% higher than their female counterparts.

“We noticed that young men were much better able to become engaged in the property market without taking on a proportional amount of debt, which is a simple consequence of men earning higher wages than women and having better access to higher earning sectors,” Associate Professor Siobhan Austen told Women’s Agenda.

Professor Lyn Craig, ARC QEII Fellow at the Social Policy Research Centre at the University of New South Wales and member of the NSW Advisory Council for Women’s Economic Opportunity told Women’s Agenda the widening wealth gap could also be a result of women’s unequal share of workforce participation and associated economic benefits such as superannuation.

“Women are still more likely to take time off work or work fewer hours when they have young children, meaning they earn significantly less superannuation over their lifetime. This means the pay gap translates to an increased overall wealth gap.”

She also said the wage gap means that higher numbers of women in tertiary education does not necessarily lead to increased wealth.

“Female participation in tertiary education is going up, but the associated expectation that women will be paid as much as men when they graduate or will have an equal share of time spent in the workforce has not been borne out.”

Professor Austen said it is important to take action to narrow the gap, particularly given Australia’s ageing population and the fact Australian women are living longer than men.

“Wealth matters enormously to our livelihood as we get older, and women in Australia still can’t compete with Australian men in the way of built up economic resources – wealth – going into old age.”