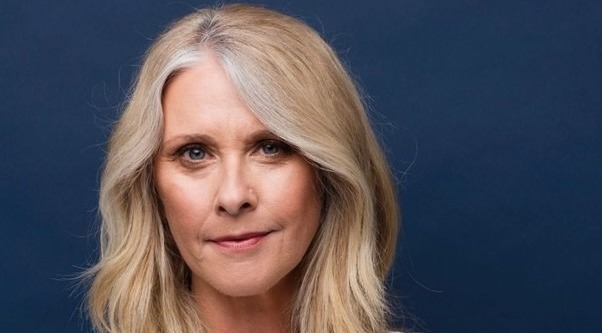 When 17% of Australian women are reporting they have been sexually harassed in the past 12 months, and one in two reporting harassment at some point in their lives, it’s clear more needs to be done to address the issue.

And while media investigations into high-profile perpetrators, particularly within the media and entertainment sectors, can help encourage more people to speak out about harassment, abuse and intimidation at work, it can also leave some of us wondering if our not-so high-profile workplaces (and the none-celebrity perpetrators within them) can ever really change, or receive the comeuppance they deserve.

Now a group led by Tracey Spicer is aiming to change that, by launching a crowdfunding campaign called NOW. It’s Australia’s own version of ‘Time’s Up’, the movement launched by a group of celebrities in response to Harvey Weinstein allegations that inspired the #MeToo movement.

But the NOW Fund is not limited to the film or media industries: it’s for anyone who has been harassed, imitated or assault in the workplace.

Money raised (and just over $17,000 had been raised at the time of publishing) will go towards helping victims access counselling and legal support, as well as towards creating strategies for eliminating sexual harassment in workplaces.

The campaign follows Spicer’s callout in 2017 for people working in the Australian media to contact her with their own stories.

She received more than 1500 responses to that callout, but they weren’t limited to the media alone. While they all shared experiences of workplace sexual harassment, intimidation or abuse, they came from a range of different industries and backgrounds.

The NOW campaign is already getting plenty of attention, with Spicer appearing on The Project on Sunday night, as well as in The Daily Telegraph, the Australian Financial Review, The Guardian and more. Spicer’s message everywhere was the same: “Enough is enough,” she said. It’s time to end this, NOW.

Meanwhile, plenty of Australian leaders and influencers have pledged their support for the campaign on social media.

Power to you @TraceySpicer – delighted to see #NOWAustralia guiding the dialogue to help identify, educate and reduce the incidence of sexual harassment in the workplace. #WomenInLeadership https://t.co/rQk9grFWDB

Join the movement! s/o to @TraceySpicer and all those involved in getting this off the ground. #thetimeisNOW #NOWAustralia https://t.co/B7nLjWdjSO

Speaking on The Project earlier this week, Lisa Wilkinson acknowledged the work Spicer is doing and said that: “Our combined voice is going to see change”.

The NOW Australia ambassadors have also been featured in a major feature across News Corp publications, sharing comments and a powerful photograph on news.com.au.

Candy Bowers said it’s essential that we look out for women who may feel powerless to address sexual harassment.

“Looking out for women who are hurting, who are less powerful and have less visibility is vital to shift this culture,” she told news.com.au. “The wellbeing of women from lower economic backgrounds impacts on all of us. We need to change the power imbalance at the root, from the ground floor up.”

Also commenting at news.com.au, Zindzi Okenyo said too many of the people she cares about have “been through this stuff”. “It’s really full on and I want to help them,” the actor and musician said.

Singer Prinnie Stevens said she wants to see women able to speak up about sexual harassment without facing ridicule and attack. “I want those moments to be normal, to give these women a voice and not be attacked”.

Broadcaster and producer Faustina Agolley made an excellent point in the press release launching the campaign, as she acknowledged how far-reaching a shift away from a culture of sexual harassment can be.

She said sexual harassment is the “front window’, but that: “It’s about more than that… It opens up a conversation about how do we dismantle discrimination, period?”

We may never get another moment like this to address these systemic problems affecting Australian workplaces. Now is the time.