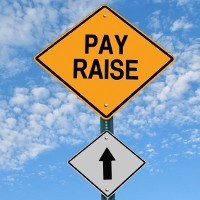 Average salary increases have fallen to a 12-year low due to wavering market conditions with employers not expecting the situation to change in the near future, according to a survey published by the Australian Institute of Management.

While slower rates of pay increases may help businesses keep costs in check, there are implications for retaining employees. Four out of 10 employees say the reason they leave an organisation is because of the pay, according to the research.

However, businesses should not be too worried about breaking the bank when it comes to retaining top talent.

Instead, the AIM research suggests companies should be focused on challenging their employees and offering career advancement opportunities as these factors are still the most popular reasons why workers opt for a career change.

Tony Gleeson, the acting chief executive of AIM Group told SmartCompany tighter labour markets mean organisations may have their hands tied when it comes to pay rises – however, that doesn’t mean businesses should be worried about employees jumping ship.

“What we’re finding is that a lot of people are leaving for more opportunities,” he said.

Gleeson says companies are increasingly turning to flexible working arrangements but there are a number of other reward schemes employers should be investigating.

“There’s got to be a pool of benefits which companies develop and they can’t just think one is going to fix it,” he says.

“It could be a bonus scheme around a particular project. And I think the opportunity we’ve got there is to develop leaders by giving challenges to fix. The employers are saying we can’t engage, but employees are almost putting their hands up and saying they want those challenges. So make talented ones part of the process … tell them about the vision.”

Gleeson says he would urge businesses to have a structured program so they can identify talented people and bring them into the decision-making process.

“Get them to go out and talk to staff, get them involved in strategy sessions,” he says.

“Get them to deliver the message on behalf of the company rather than sometimes putting emails out. Instead of sending out a four page email with a company update, get on the front foot.”