Being ignored by your colleagues worse than outright harassment: study 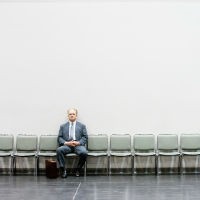 Employees who feel ostracised or ignored at work suffer more than those who experience outright bullying or harassment, according to research published in the US at the end of May.

The study from the University of British Columbia’s Sauder School of Business found that while most people believe ignoring a colleague is less harmful than verbal or physical bullying, workers who feel excluded from the workplace are more likely to experience job dissatisfaction and health problems, and are more likely to quit their jobs.

Professor Sandra Robinson, who co-authored the study, said in a statement many people believe ignoring someone is socially acceptable, following the adage: “If you don’t have something nice to say, don’t say anything at all.”

“But ostracism actually leads people to feel more helpless, like they’re not worthy of any attention at all,” said Robinson.

Psychologist and chief executive of Seven Dimensions, Eve Ash, told SmartCompany workplace ostracism is a form of bullying, saying “anything which is consistent, deliberate and makes a person feel bad at work is bullying”.

Ash says it’s essential for workplaces to promote positive mental health “and it is the leader’s role to ensure this happens”.

According to recent research from PwC and beyondblue, mental health conditions cost Australian businesses at least $10.9 billion a year, while untreated depression results in more than six million working days lost across the country each year and reduced productivity among staff as a result of mental health concerns costs businesses 12 million days each year.

Janine Scott, general manager of marketing and communication at beyondblue, also told SmartCompany it is important for employers to have strong policies and procedures in place to promote mental health in the workplace.

“Organisations need to have good values and processes embedded and these values should include terms such as respect and inclusion,” says Scott. “And it is very important that these values are demonstrated from the top down.”

Scott says workers will inevitably experience personal differences in the workplace, but have strong values and policies in place will help workers work through those differences.

Ash says there are a number of ways SMEs can guard against this kind of behaviour in their workplace.

“Small businesses need to talk about the culture they want that is healthy for everyone and then live up to that standard,” says Ash, who says awareness of what is happening in your office is critical. “It’s not too hard to see when people are unhappy or causing others to be unhappy,” says Ash.

Ash recommends taking immediate action to stamp out any bullying or examples of workers being excluded, instead of “burying their head in sand and denying existence of problems”.

It’s also important to support those workers who are unhappy, she says.

Ash says small business owners and operators should also do exit interviews to understand why people are choosing to leave their company and to call in outside help if the human relations manager or senior leaders are unable or unwilling to “take action to change the culture”.

As previously reported by SmartCompany, beyondblue announced a national campaign to promote mental health awareness in Australian workplaces in May. The ongoing Heads Up campaign will officially launch on June 16.