Best of the Web: CEOs get paid too much, according to pretty much everyone; Exposing hidden bias at Google; Spend five minutes 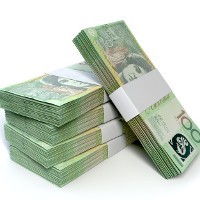 What should you get paid in the top job in a business?

Whatever it is it’s likely to be too much, according to research published in the Harvard Business Review by Gretchen Gavett.

In ‘CEOs Get Paid Too Much, According to Pretty Much Everyone in the World’ Gavett found most people, regardless of nationality or set of beliefs, share similar sentiments about how much CEOs should be paid — and, for the most part, these estimates are markedly lower than the amounts company leaders actually earn.

“This new research makes clear that, one, it’s mindbogglingly difficult for ordinary people to even guess at the actual differences between the top and the bottom; and, two, most are in agreement on what that difference should be.”

Google’s hidden bias: Like many tech companies, Google is a man’s world. In ‘Exposing Hidden Bias at Google’ in The New York Times, Farhad Manjoo investigates Google’s problem with diversity.

“Google’s leaders say they are unhappy about the firm’s poor gender diversity, and about the severe underrepresentation of blacks and Hispanics among its work force. And so they are undertaking a long-term effort to improve these numbers, the centerpiece of which is a series of workshops aimed at making Google’s culture more accepting of diversity.

There’s just one problem: The company has no solid evidence that the workshops, or many of its other efforts to improve diversity, are actually working.”

“I’ve been picking up on some frantic busy-ness. Too many things. Too many decisions made too quickly unsupported by enough mindful reflection. And so I’m walking around like a cockie repeating this mantra: “Spend five more minutes, go another layer deeper.”

“Which is to say, pause, reflect, sit on a task or a decision or a blog post or a brainstorm for a bit longer.”