The key to less staff turnover and a higher incidence of employee engagement boils down to recruiting well, giving employees ample reason to enjoy what they do and with whom, and above all, presenting them with incentives, challenges and a positive culture that act as “carrots” to stay.

However, does retention equate to company loyalty?

Earning a good income is one major reason for staff retention, but loyalty (like respect) cannot be commanded, it can only be earned in return. You won’t engender loyalty when you take credit for another’s good work, or worse, you seldom walk the walk you expect of others.

Benefits for the business 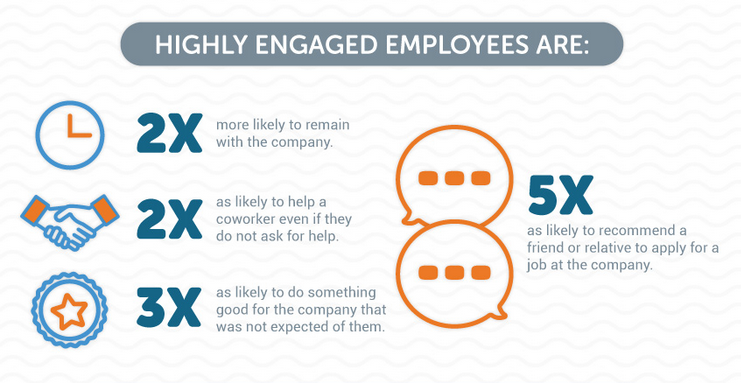 No loyalty around unethical behaviour

Loyalty cannot flourish where there is unethical behaviour, divide-and-rule tactics, parade ground screaming, and unforgiving, unrealistic targets to be met. Eventually, even company mice roar and quit rather than destroy themselves for the sake of a few percentages.

It needs to be remembered too that just because some people keep taking whatever punishment is metered out doesn’t mean they are loyal. They are hoping that a sadistic manager will eventually see reason and treat them like human beings – but this won’t necessarily happen.

Nor can loyalty be bought by so-called loyalty programs. Some are undeniably attractive, such as the promise of overseas conferences in tropical climates, but are they worthwhile when staff must whistle discordant tunes for the sake of pleasing senior management and the board?

Whether it is falsely representing credentials or exaggerating, some people claim to have managed projects when in fact they were an assistant. Such people seldom engender loyalty for the simple reason that most staff and colleagues have found them out long ago and are simply putting up with them because of the regular salary (which in this disruptive employment climate is a whole lot better than unpaid bills) or until they depart to a more appealing setup.

How widespread is this version of the “imposter syndrome”? One of my bosses in my early years in a government job supposedly had a PhD, but he was later busted and didn’t even have a degree! I still wonder how many fake credentials continue to get through the recruitment phase.

If you want to build loyalty and reduce turnover, you need to:

Personal and company growth are both important in the scheme of things, and in fact, they are symbiotic.

An engaged employee who feels there’s room to flourish and who is the beneficiary of timely salary increases and promotions will add considerably to a company’s bottom line.

If you care, they will care to stick around and in turn, care for what you are building together.