Can you build a great company on a four-day work week? How to do more in fewer hours

When building a company from scratch, two questions will pop up pretty soon into the process: how hard you should work on the idea, and when you should do that work.

There’s a dawning realisation in the startup sphere that burnout is a real threat for entrepreneurs, and employees are incredibly eager to join businesses with a nimble approach to working hours, especially if this means dodging a five-day work week in favour of other arrangements.

When Australia’s ’50 best places to work’ were revealed last week, a majority of the businesses featured on this list cited a focus on flexibility and time management, with half of the companies that made the cut employing a “compressed work week”.

But despite the enthusiasm, entrepreneurs know progress will be hard to come by if you only work for a fraction of available business hours. So how can you trim your company’s schedule to fit the work you actually have to complete, without compromising on your health?

Staff at nail polish brand Kester Black all work a four-day week, but as founder Anna Ross told the Australian Chamber of Commerce and Industry’s Mobile-ising Women in Business event in Melbourne in August, this approach to workplace culture involves a lot more than just the boss deciding how things will be run.

“Your staff have all the answers when you’re trying to change company culture,” Ross said, highlighting that from the office dog to the company’s hours of operation, her team has a say in how things will be run.

The plan doesn’t have to be fixed either; Kester Black’s schedule changed when Ross reviewed other options, for example.

“Staff also said they wanted flexible working hours and we were working four days a week and taking off the Wednesday. I came back to it a couple of months later and said, ‘why are we taking off Wednesday? We should take off Friday’,” she says.

Head of workplace thinktank Reventure Lindsay McMillan says these kind of staff-inclusive plans can work, but only in cases where the engagement is genuine.

“This is all largely being driven by emerging generations that are saying, ‘my life is not just my work, it’s all my other interests’,” he says.

However, the challenge for businesses with a “startup culture” is the demands of the job might not be in line with a shorter work week or irregular hours.

“The counter point is companies are responding to the calls for flexibility as the best they can, but the overarching imperative is the job still needs to get done,” McMillan says.

This can result in the agreed upon system being betrayed, by either the employer, who piles on work when staff are supposed to be off the clock, or the worker, who can’t resist checking in even when they’re going over their allocated hours.

Companies that are able to find a good balance prioritise creating a culture of trust, as well as deciding on irregular or shorter work weeks, says McMillan.

“I think it’s around the question of what kind of culture we want to provide for our startups and at what cost, both [in terms of] what personal cost to the individual, and any costs to the startup,” McMillan says.

One high profile US startup with a focus on reduced hours is project management platform Basecamp, which allows employees to work a “Summer Work Week” of four eight-hour days between May and October each year.

In explaining how the policy works, however, chief executive Jason Fried outlines in a Medium post that it’s not as simple as everyone hitting the beach when the warmer weather hits.

New employees have to complete a training program before they can commence shorter hours, while scheduling has to be done each year to stagger days off so the team can still offer 24/7 customer support at the $US25 million company.

For the rest of the year, the company tries to remain conscious of not overdoing things beyond a 40-hour work week, unless there’s a special occasion that calls for overtime.

“I only make this point since our industry is perverted and often asks people for regular 60+ hour weeks + regular pushes on weekends,” Fried explains.

Closer to home, founder of digital agency ntegrity Richenda Vermeulen wrote earlier this year about the value of committing to a 32-hour work week.

Speaking to SmartCompany, she says her current approach involves thinking of her available hours in terms of her overall strategy, instead of individual tasks.

“I start every day reviewing my big picture goals and use my ‘to-do list’ to ensure each action I take works toward them,” she says.

She also spends one fifth of her work week deciding how to tackle things, and four fifths actually getting things done.

“It keeps me to schedule, rhythmically doing all the things that are required rather than letting them side-swipe me, like board briefings, payroll, and team one-on-ones,” she says.

“It allows me to see what is strategic and non-strategic, and also gives me plenty of time to pre-schedule things that I don’t necessarily love doing but need to do as a business owner.” 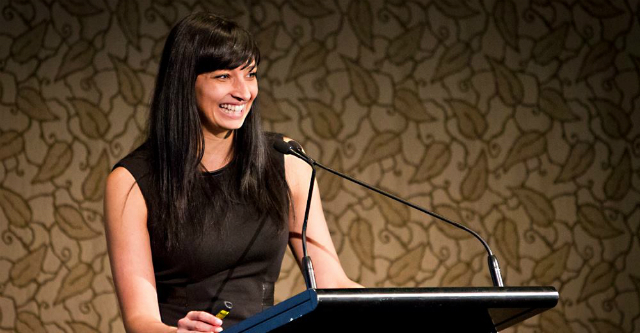 McMillan says one problem with the push towards compressed work weeks is that entrepreneurs are some of the most driven people around — and this presents inherent risks of burnout.

“There’s no doubt the startup generation is incredibly driven, but the impact that can have on some is presenting health-related challenges.”

There’s a risk that if a business doesn’t regularly check in to ask whether their standard operating procedures work for both staff and their projects, there’s a chance people will try to cram too much into systems that were actually designed to remove pressure.

“There is a mentality that says if you sleep less, you’re probably a better worker than me,” McMillan says. And while this idea is waning in popularity, there is still the potential for some people to get caught up in the hum.

Vermeulen says her standard work hours are 8:30am-6:00pm, and her business has never lost a client because the company has put limits on when staff can be available.

However, she believes “if you set crazy working hours — your business adapts and works to those hours too”, making it critical the expectations are reviewed regularly.

McMillan says the idea of a nine-to-five business is now completely gone in Australia, no matter how many hours you want to put into your business.

With this in mind, companies should be honestly evaluating whether staff are on board with flexible, and potentially frequently shifting, plans before they hire them.

“You should also be asking, ‘Why do you want to join us? What appeals to you?’” he advises.

And when it comes down to it, no matter how ‘on trend’ your workplace structure is, you should always sit down and be critical about whether it works.

“The challenge we have is to actually revisit it from time to time,” McMillan says.

“What happens is that with initial questions about the plan, everyone gets caught up in the enthusiasm. But then the demands of the role [in a shortened work week] become substantial, and personal health and costs fall behind that.”

If the nine to five business is ‘completely gone in Australia’ why is there still a rush hour every morning and evening? Yes, it’s gone for a significant minority but to suggest it has disappeared completely is a sweeping generalisation, and is in fact incorrect.

We made the choice to go 4-Day, keeping our wage levels without change. The relatively minimal disruption to customer throughput has not affected a bottom line that continues to grow.

The big payback is in the happiness of our small team, their understanding tat it’s a gift both ways, and therefore demands full commitment while here, activates a sense of belonging to a different, more human-centric organisation, and a greater involvement and interest in how the business can improve.