Check your assumptions before you step on a landmine 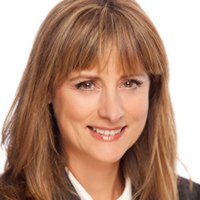 The day I realised I had just run through a field of landmines brought home that assumptions are deadly.

I looked up and noticed that my Auntie was standing on her balcony watching me run. I laughed to myself, my Aunt had often joked about the ‘Aussie family members’ focusing too much on what they ate and that running wasn’t really necessary for girls.

As I approached her house, I was already coming up with responses for her humour and with the passing seconds this became her criticisms in my mind. I was getting defensive and we hadn’t had a conversation yet.

I stopped in front of her, too puffed to speak. She looked at me calmly and said:

Aunt: You stayed on the track?

Aunt: That’s good because we haven’t cleared all the mines yet.

I had just run through what had been no mans land between the Croatian and Serbian forces. It was my first visit back to Dračevac, the village where my father is from, since the war had ended.

I had made an assumption, started constructing a story and creating beliefs around something that wasn’t true.

Her stillness was concern and fear, not criticism.

Assumptions are the not-so-silent killer wreaking havoc in teams. It goes something like this:

Assumption: something we made up that has not been given a reality test

Story: created to support the assumption which we busily gather evidence to prove true whilst percolating unhelpful negative emotions.

Act: we act as if the assumption is true, as dangerous as playing Russian Roulette.

Eradicating assumptions is not a realistic goal; getting conscious that we are making an assumption is. It can be as easy as adding another step in the process.

Assumption… Story… Pause: take time to take in the information around you, verbal and non-verbal.

Ask: what’s the question you need to ask? It could be as simple as – I wanted to check an assumption I’m holding…

Assumptions make a mess and take time to clean up, valuable time you could be utilising more productively.

Make checking out assumptions a regular team practice to avoid misunderstanding and conflict and to promote harmony and productivity.

Pollyanna Lenkic is the founder of Perspectives Coaching, an Australia-based coaching and training company.