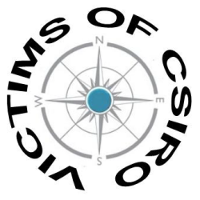 A support forum for employees bullied while working at the CSIRO has slammed an investigation into the workplace culture at the government agency, which cost close to $4.5 million.

Despite 110 submissions to the inquiry alleging 130 episodes of workplace bullying, Fairfax reports just one manager at the CSIRO is now facing disciplinary action, while an action is pending against one other.

While the investigation was conducted by former Commonwealth ombudsman Dennis Pearce and completed in April, it was the topic of discussion in the Federal Parliament this week when the CSIRO revealed to Greens senator Penny Wright that Pearce never had scope to return findings of misconduct against CSIRO managers because he did not work there.

Instead, the CSIRO said the findings of the report will be used to “inform misconduct processes where appropriate”.

Andrew Hooley, one of the founders of the Victims of CSIRO support group, told SmartCompany the investigation was flawed from the start as “there was no real stakeholder engagement in the first place”.

“We met with Pearce very early on to raise concerns about terms of reference because the terms were clearly aimed at basically excluding as many people as possible,” says Hooley. “It was never going to achieve what victims expected, which was a reasonable review of the allegations.”

“We advised our members to seriously consider personally whether it was worth being involved in the process,” he said.

While Hooley says some individuals are personally pursuing other legal actions against CSIRO, he says the group believes there should be a parliamentary inquiry into the organisation.

Hooley, who previously worked for the CSIRO, says bullying was “only a small part of the problem”.

“What we found reading the submissions provided, it was the subsequent handling of that behaviour,” he says.

“The bullying behaviour was protected from any sort of recourse. In some cases there was escalation of the bullying through six levels of management.”

But Hooley says this kind of treatment of bullying victims is not restricted to the CSIRO and is “rampant” in other government agencies and businesses.

“It’s a very adversarial process. The victim is almost left feeling as though they are the perpetrator.”

He says any situation of workplace bullying needs to be taken seriously, as a conduct matter, not just health and safety.

“Employers need to make clear upfront that this kind of behaviour is unacceptable and people will be dealt with severely,” says Hooley.

SmartCompany contacted CSIRO but did not receive a response prior to publication.