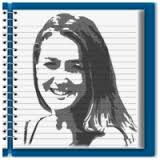 Melanie Gleeson and Belinda Fraser started their day spa business back in 2000 after becoming friends at high school.

At the time Gleeson says there weren’t a lot of spas in the market. While there were traditional beauty salons and massage clinics there was nothing that combined the two.

Now there are 88 Endota spas around Australia and the business turns over more than $40 million a year. Gleeson took some time out to chat to SmartCompany ahead of her keynote speech at the upcoming League of Extraordinary Women conference.

Gleeson has two children and her mornings are typical of many working mothers.

“It’s all about getting them ready for school, making lunches and having breakfast, and my husband Pete helps a lot as well.”

Gleeson has two sons and she then sends one off to school and the other to his grandparents before heading into work.

Over the course of the morning Gleeson also keeps an eye on her mobile and emails.

“I can’t resist,” she says. “I check a little bit in the morning and at night.”

Gleeson says there’s no typical day for her at Endota.

“Sometimes I’m in the office, sometimes I’m visiting the spas. At the moment I am doing a fair bit of travel for our therapist recognition nights,” she says.

“I love getting out and chatting with the girls who are the ones doing the treatments and finding out how they are going.”

“The fact that we have business owners in the spas makes a massive difference I think,” she says.

Gleeson also says Endota has set itself apart by creating a friendlier atmosphere in its spas.

“When we first started the day spas that existed were quite intimidating, they were generally within hotels and very opulent with excessive fit outs. We made them a little bit more down to earth.”

Gleeson doesn’t crunch the numbers on Endota each day; instead she focuses on finance at her weekly meeting with Endota’s chief financial officer.

Usually, Gleeson has lunch at her desk and regular team lunches are highlights.

“Once a week we down tools and have a group lunch in the office, which is really nice,” she says.

“We’ve had a great company come and cater for us called Dynamic Foods and sometimes we do make your own lunch with sandwiches.”

Another perk for head office staff is a weekly exercise session.

“On Wednesdays we have a personal trainer come in and one week she does yoga with us and another Zumba,” Gleeson says.

Gleeson tries to leave the office at about 3.30pm in order to pick her son up from school.

“Then I go home and have a couple of hours with the boys and then get back on the email,” she says.

“The majority of the people at the Endota head office are women so we often have kids in here during school holidays, we are pretty flexible with those things because we are all in the same boat,” she says.

“It really takes a village to raise children and I don’t know how people manage to do it without support.”