Diary of an entrepreneur: Why age is no barrier for Ian McLellan’s $15 million e-commerce business Klika 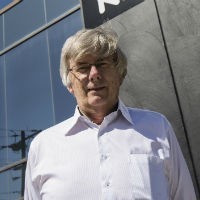 If you think the Australian e-commerce scene is only full of fresh-faced digital natives, meet Klika co-founders Ian McLellan, Boris Zaitsev and Scott Gladstone – the trio who launched an online home and outdoor retailing business when they were in their mid-50s.

Ten years later, at 65, 60 and 50 years old respectively, the three are still actively involved in the $15 million e-tailer, which sells everything from gazebos to chainsaws to home dance poles.

Chatting to SmartCompany, McLellan says age was never a barrier to his online success.

“Even people that are slightly senior can use computers,” McLellan jokes.

And while McLellan admits he’s not the target market for some of the products on Klika’s website – including the hugely popular ‘yoga swing’ which he confesses he thinks looks like “torture equipment” – he says his previous experience in wholesale retailing stood him in good stead to lead Klika.

“It was very easy to slip into e-commerce from wholesaling,” he says, believing there is a natural affinity between the goal of a wholesaler and that of an online retailer to “cut out all the middle people”.

McLellan was 40 when he left his career in the corporate world behind and started his first business but says it took him a few years to hit on to the right idea at the right time.

“It wasn’t a dream of mine [to be an entrepreneur], but I’ve always looked for something more – not necessarily money, just satisfaction,” he says.

McLellan started mobile phone accessory wholesale business Genesis Trading in the early 2000s and began thinking about online retailing when he launched a website and eBay shop for the products.

Since launching Klika in 2005, McLellan has gone on to consistently grow the business in terms of revenue and warehouse size, having recently moved into a 15,000 sqm factory and showroom space in the Melbourne suburb of Oakleigh.

SmartCompany chats to McLellan about why he thinks traditional retail values like price and service still go a long way online and why he encourages business to consider hiring more senior workers.

McLellan is an early riser, getting up by 6am.

He’s at the office by 8am so he can have a quiet moment to tackle his workload before the busy day starts. As the director of Klika, things will inevitably pop up throughout the day.

“I like to get some things done uninterrupted,” he says.

McLellan says his role has changed as Klika has grown into a bigger entity, which meant he and business partners Boris Zaitsev and Scott Gladstone had to stop wearing many different hats and begin delegating responsibilities to their expanding team.

“We overlapped an awful lot initially and as the company got bigger, we started to have arguments over who wanted to do what. About four or five years ago, we sat down and worked out this is my responsibility, this is yours,” he says.

Because of his manufacturing and wholesale experience, McLellan manages the warehouse, produces cash flow reports and stays across the books with his wife, who is Klika’s bookkeeper. He is also involved with managing the business’ 30 or so staff and says it’s that aspect of the business that keeps him up at night.

“Dealing with people is the hardest aspect and the most rewarding,” he says.

Klika’s employees are a diverse group, ranging in ages from 15 to 83 years old.

“The 83-year-old tells us we’re not allowed to sack him because he says if he stops working he’ll die, he loves work so much,” laughs McLellan.

But employing older workers is something McLellan does take very seriously, saying he encourages other business owners to discover the benefits of senior employees.

“Absolutely, because of the experience they have. I don’t think people should be driven to work, but if a senior wants to work, you wouldn’t find a better worker. They’ll probably be there every day, probably be on time and probably call in sick less,” he says.

Having reliable and friendly staff is important to McLellan because he believes that even though Klika is working in the online space, traditional retail values like good customer service are still essential. This is the reason the company has a showroom open seven days a week and a customer service helpline answered by one of the Melbourne staff.

“When you ring up, you get someone here… Our customers like that,” he says.

And while McLellan believes “traditional retailing in some respects is dead”, he also says there is another long-established retail principle that is more important than ever: price.

“You always have to be price driven, especially on the internet. People can compare six prices in six seconds now,” he says.

McLellan says that as a business owner, maintaining a good work-life balance can be a challenge.

“Your own business can be quite enveloping, and even more enveloping the bigger it gets,” he says.

His advice to other entrepreneurs is to prioritise time away from the business when you can.

“Take holidays. Not only do you need to do that to be a good entrepreneur, it will also make you put things in place to allow the business to continue to work without you [when you do exit],” McLellan says.

But its advice McLellan says even he struggles to take, saying the holiday home he and his wife purchased a few years ago doesn’t get quite as much use as they may have liked.

When he does get some time to himself, you’ll find the history buff reading up on War World II or spending time with his beloved grandchildren.

At 65, McLellan concedes he will have to begin to consider retirement soon.

“I’d love ultimately to walk away from the responsibility, but not away from the work. As long as I’ve got my heath I’ll keep going,” he says.

But he’s certainly not putting his foot on the brake yet, as he looks to continue to grow Klika’s product range and even add a higher-end European product category to the site.

“There’s a long way we can go still. We can get bigger and better,” he says.

And looking back on the last 10 years, McLellan says the possibilities for e-commerce have proved endless. When asked if he would have envisioned Klika’s success when he launched the business, he says he would not have imagined coming this far.

“It’s an online shopping destination. I believe you would find a Klika product in every household, we’ve sold that many products,” he says.

“It’s been a great ride, but the ride’s not over yet.”