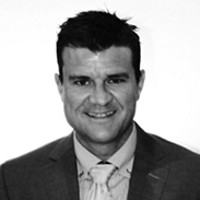 ZipTel founder Keaton Wallace was only 11 years old when he started his first business: selling his classmates bracelets that he’d brought back from a trip to Bali.

“I was turning a tidy profit,” laughs Wallace.

By high school, the budding entrepreneur had moved on to bigger and better things, setting up a résumé business for the year 12 students who were looking to find jobs after school.

So his family were not surprised when, after graduating, Wallace went on to set up various retail businesses in his hometown of Perth and property syndicates throughout Asia. It was during that time he stumbled across the idea for ZipTel.

“I was spending a lot of time travelling and I was getting these enormous phone bills on my return,” Wallace says.

Seeing an opening in the international call and roaming market for a cheaper solution, Wallace approached his mate Bert Mondello, a friend who’d worked in telecommunications for over a decade. The two then set about formulating cheaper tariff rates and commercialising their idea in 2010.

Since then, ZipTel has listed on the ASX, raised $5 million from some serious backers, and just this week scored a major distribution deal with 7-Eleven convenience stores to stock its AussieSim products.

“There’s been a huge amount of blood, sweat and tears to get to where we are today,” Wallace reflects.

With turnover of $1.5 million, ZipTel is expecting big things for 2015, including plans to bring on five million users to its new ZipT app, which sends and receives free calls and SMS internationally.

SmartCompany chats to Wallace about growing the business he calls his “baby”, the priceless piece of advice he received from one shareholder and his plans to take ZipTel to the next level.

Wallace is an early riser, heading down to the beach for a walk or some exercise as the sun rises. “This time of year in Perth it’s just beautiful,” he says.

After some training or a quick dip, Wallace heads back home for a healthy green smoothie. By 7.30am he’s in his Subiaco office, with a coffee in hand, and ready to get the day under way.

Wallace’s first task is to get through his emails.

“I like to go through and get to anything that’s completely urgent done straight away,” he says.

Having just floated ZipTel this year, Wallace says his daily life has changed over the last few months, as he carves out new time to manage investor relationships.

“For us, everyday is a learning curve,” he says. “Luckily, the major shareholders have been a huge help, I don’t know how things would have gone if the share register wasn’t so supportive.”

Wallace says he received one piece of important advice from a major shareholder about running a listed company, which has stayed with him.

“He said to me, some people will pester you, but you have to learn how to say no and focus on the job at hand. The share price and the investors will take care of themselves because the results will speak for themselves.”

Achieving those results is down to a well-defined and strategic business plan, according to Wallace.

“We’ve set ourselves an extremely clear business plan. We have daily plans, weekly plans and long-term plans, and we make sure we hit those targets. If we don’t, we sit back as management and say ‘what can we do to hit them next time?”

Wallace says a big part of growing ZipTel has been learning to delegate his old responsibilities.

“We have struggled to learn how to delegate, but I think you need to identify areas where people can benefit your business better than you can, so you can learn to step aside and allow it grow,” he says.

Wallace admits he walks “a fine line” between his work-life balance and says it is something he’s gotten better at over time. While he loves to travel, he says it’s still difficult to switch off his phone on holiday.

“We’ve grown this baby ourselves,” he says. “You certainly struggle with letting go.”

When he does get some time to himself, Wallace says he is most happy when he’s out on a boat near Rottnest Island, or on a tranquil trip to Bali.

He is also a massive sports fan and is looking forward to cheering on the West Coast Eagles next season.

“We’re quietly confident about next year,” he laughs. “I see the boys down at the local café in Subiaco and they’ve given me the inside tip.”

For Wallace, 2015 is all about the launch of ZipT. “That’s what’s driving me right now.”

He says next year the company will look to expand its user base, scale the app and implemented some “exciting market activities I can’t talk about right now”.

Wallace believes ZipTel is primed for more growth with “plenty of cash in the bank and a long term plan to execute our strategy”.

But there’s no exit strategy in place Wallace himself. “I’m in this for the long haul, I’m very much committed to the business,” he says.

“For us, it’s our baby and we’re just excited to take it to the next level.”