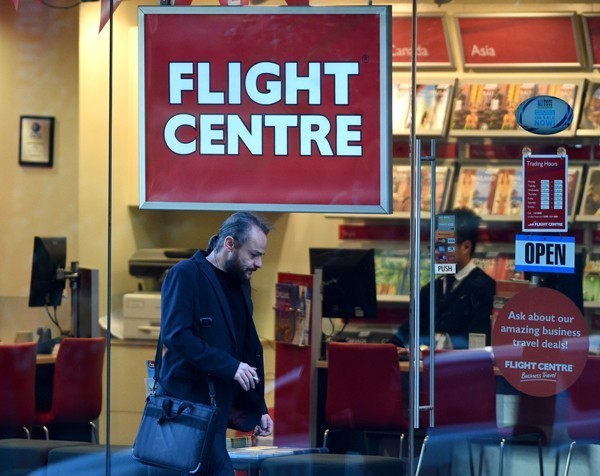 More than 2000 Dick Smith employees will be out of work in the next eight weeks, but there is some good news: workers are being offered the opportunity to switch to the travel industry.

There has been “strong interest” from Dick Smith employees  facing impending unemployment, according to the travel company.

Read more: The timeline of Dick Smith – from humble beginnings to $520 million float and voluntary administration

Flight Centre’s head of national recruitment,  Dominique Pomario, told SmartCompany this morning she  has  around 350-400 roles open nationally, with new roles opening up all the time.

“The sales skills are very much valuable and the fact that they don’t have travel experience is less important for our company,” Pomario says.

Pomario  says Flight Centre  takes on employees from all backgrounds, with full training provided to new recruits so they can  learn more about the travel industry.

The company decided to offer the fast-tracked application – with all applicants promised to be contacted within a week of lodging – for two reasons, according to Pomario.

“One, given that we do have similarities in terms of those skills sets and what’s important to us, and two, it’s just goodwill to some degree,” she says.

“It’s incredibly unfortunate to see people in the retail industry – an industry we’re really passionate about – fall on hardship.”

But is this just a publicity stunt to get Flight Centre good press?

“I guess that would be true if we didn’t actually have jobs but we do have a large number of jobs to be filled,” Pomario says.

“The opportunity for us is to find some good people who are in a very unfortunate opportunity. I’d say watch this space because we’d look to hire some great people [from Dick Smith].”

Dick Smith has 301 stores remaining in Australia, with approximately 2460 staff soon to be out of work after those  stores close their doors for the final time.

There are 62 Dick Smith stores in New Zealand employing around 430 people. These will also cease trading in the next few weeks.

Pomario says she hopes her company’s goodwill gesture will see other businesses make similar efforts to reach out to Dick Smith staff.

“If companies genuinely have roles available like us, then it’s a great opportunity,” she says.

Flight Centre will be holding information sessions for Dick Smith employees in Melbourne, Sydney, Brisbane, Perth and Adelaide over the next few weeks.