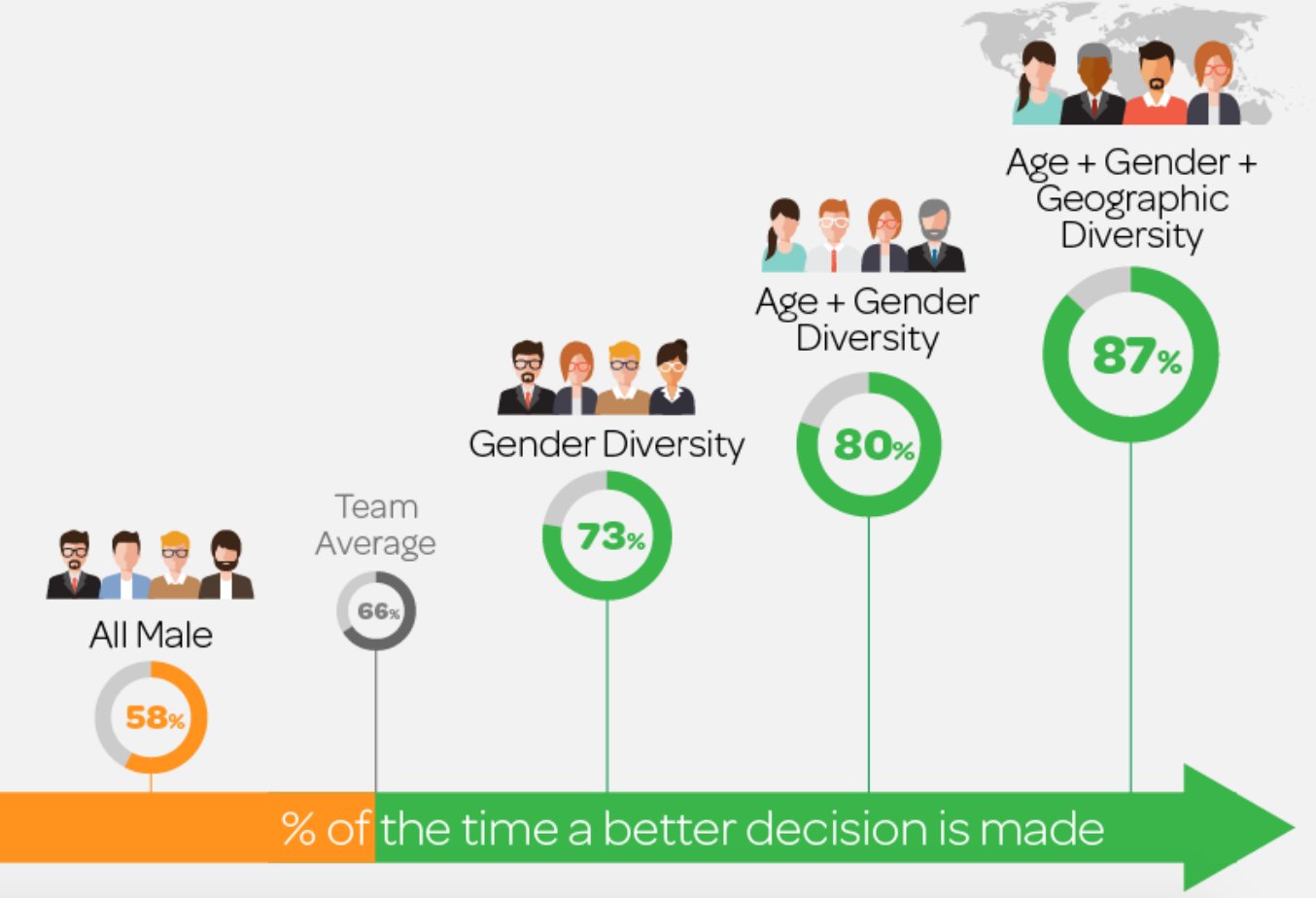 When it comes to team decision-making, we shouldn’t need research to back the idea that more diverse and inclusive environments will lead to better outcomes.

Still, for those who like some stats to quote, these are good ones. Diverse teams make better decisions 87% of the time, according to a study of 200 different business teams. Even better, those teams also make decisions twice as fast as those that are not diverse.

Even better yet, those with diverse teams require half the amount of meetings to get the result!

The findings were published in Forbes, and refer to a study analysing 600 different decisions made over two years using Cloverpop, a decision-making database that enables companies to track how they’re making decisions along with the success of such decisions.

The research found gender diverse teams make better decisions 73% of time, while teams that also include a range of ages and different geographic locations hit the 87% better performance mark.

In general, the research found teams make better decisions than individuals 66% of the time.

Sadly, diverse teams are not the norm across many major organisations in Australia. Eleven boards on the ASX 200 still do not have a single female board director. Furthermore, women become significantly more difficult to spot in such positions once you venture past our 200th listed entity, given there is more scrutiny on those within the ASX 200.

According to this research, companies are missing out on achieving the best possible outcomes when it comes to decision-making.

Nothing is more important than decision-making in a business. Cloverpop quotes further research from Bain & Co that finds decision-making drivers 95% of business performance.

The firm also offers a seven-point checklist for better decision-making:

Too bad many large companies are still unwilling to even start on step one – but that doesn’t mean the rest of us can’t.