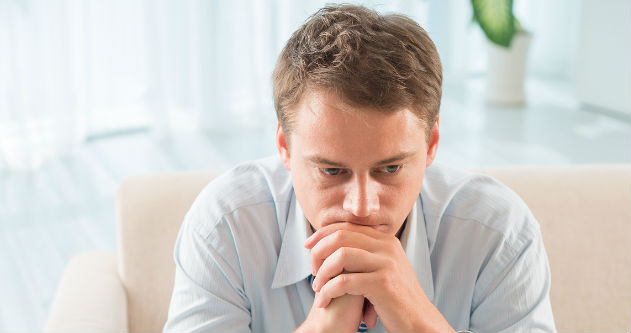 Almost half of Australian workers feel that only lip service and “box ticking” is being paid to their mental health by employers rather than concrete measures and genuine empathy.

That’s according to new research from the Australian College of Applied Professions (ACAP) which surveyed 1000 Australian workers.

Alarmingly, 53% of respondents also said they would hide a mental or physical health condition to avoid being judged or discriminated against at work, while just under half of respondents said they don’t feel comfortable to express their personal interests, values and lifestyle at work.

The survey showed some interesting differences in perceptions between various generational groups.

Compared to Baby Boomers, Millennials were more likely to say they don’t feel comfortable to show their full selves at work.

Millennials and Gen Xers were also more prone than Baby Boomers to suggest their workplaces treated mental health as a box-ticking exercise, rather than contributing to real action.

Off the back of this research, Sydney-based strategic consultancy Future X Collective (FXC) revealed its own study which showed that over 80% of Australians believe that the physical office will have a critical role in the post-pandemic experience of work.

Their research, titled ‘The Future of Work; creating the Post Pandemic Workplace Experience’ surveyed more than 9000 Australian workers with the aim to find ways workplaces can support this new shift.

Angela Ferguson, co-founder and partner of FXC, is calling on workplaces to take action to combat Australia’s mental health crisis by creating an experience of work that promotes collaboration, social interaction, and leadership.

“With burnout, loneliness, and absenteeism rife as 2021 draws to a close, post-pandemic workplace must realign themselves to focus on their employees, by creating a space where people want to commute to and engage with,” Ferguson said in a statement.

“This change in the primary purpose of workplaces to facilitate social interaction over focused work highlights the important role of businesses in improving Australia’s mental health issue.”

Her company wants workplaces to focus more on collaboration and socialisation.

“Workplace activities are a great way of encouraging people into the office and providing them with opportunities to collaborate and socialise,” she added. “This can include team barbecues, lunches, milestone celebrations, afternoon drinks and wellness events.”

FXC’s research also found that in the past, many workers were showing up at the office simply as a way of being ‘seen’ doing work.

This trend, known as “presenteeism’, can also present itself online, called “electronic presenteeism” with workers always being “on” by answering emails or texts at all hours of the day, or always sitting in on as many zooms meetings as possible.

Ferguson admits that while people think on face value that presenteeism is good, “culture drives burnout and exhaustion in employees often resulting in long term loss of productiveness”.

“For workplaces to support the mental health of their employees they can design behavioural protocols that encourage staff to set appropriate working boundaries, like limiting the frequency in which they arrive early to work each week and minimising their responses to emails during the evening,” her company’s study reported.

“Employees’ mental health can also be supported with the provision of spaces that are not rigid and inflexible but rather environments that generate social buzz and vibrancy.”

“Humans are innately a product of their environment so by creating workplaces that allow for greater natural light, utilise colour and spatial theory aligned with neurodiversity, visual cues like wall art, and natural greenery, employees can often feel stimulated by creativity and have their mood lifted.”

A recent report published by The Australian Institute and the Centre for FutureWork showed that 15-45% of mental health issues by Australian workers are attributable to conditions within their workplace.

Going back to the office? Research suggests burnout is set to boom

With lockdown finally lifted across Australia, employers need to be alert to a different health crisis that is likely to spike as workers drift back into the office: burnout.