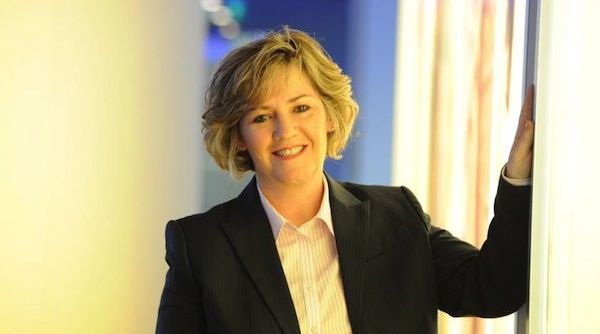 Adaire Fox-Martin, president of Asia Pacific and Japan for SAP

Hearing another educated and skilled friend lament the fact there was “no point” in returning to the workforce gave SAP president Adaire Fox-Martin an idea.

“I have a son who has just finished the HSC and a number of my friends are at a similar stage with kids finishing school and starting uni,” Fox-Martin explains.

“Many of these friends of mine started their careers on a fast track in various streams and companies. For those who decided to stay at home when they had children, they have developed vast capabilities in everything from managing finance, to logistics, to running and marketing events on a shoe string. But after a long absence from work, it is really hard to get back in.”

Read more: Five things employers can do to help women re-enter the workforce

The idea that these women are without skills or value is absurd but the Asia Pacific and Japan president of software company SAP could see that it was tricky. Many of these women would have to start well below the level they were at when they left work.

“One of the advantages of being in a role like mine is that when you want to make a difference and do something – you can,” Fox-Martin explains.

“So I thought I’d look at what we could do as a company to bring this untapped resource back to work.”

The result is SAP’s Back to Work program, an initiative supporting professional women looking to re-enter the workforce after a career break by offering project-based assignments. Having been successfully rolled out in Japan and Korea, it is now on offer in Australia.

“Both Japan and Korea have an ageing population and there is an ongoing challenge around talent, and almost half the talent of the country is on the bench,” Fox-Martin tells Women’s Agenda.

“We launched Back to Work because it’s an opportunity to bring talented women back to work, but also to balance our workforce and introduce a new calibre of talent back into SAP.”

The program is open to applicants from a variety of fields, who have spent a minimum of two years out of the workforce but of the 12 women brought on board, the average break from the workforce is around five to six years.

The company identifies projects and considers what the project would require in house to complete. An hourly rate that is commensurate with the job grade and experience required is then agreed on and the project is open to applicants.

“Typically for a contract role we’d use an agency to manage the application process but that isn’t going to work here. This is a high-touch, humanistic recruitment process,” Fox Martin explains.

“As our back to work talent comes back, we want them to have confidence and feel that they’re being nurtured.”

To this end successful candidates are provided with a mentor, the option to work in the office or from home, with complete flexibility. Any equipment required for the role is provided, along with training to ensure the technology and equipment can be used. Meeting the deliverables set at the outset in consultation with a manager, is the only requirement.

“The minimum duration for a project is three months and at the end of three months, if we like what we see and they like what they see, we will offer a permanent position in the company,” Fox-Martin says.

Aside from the potential benefit to applicants, it is providing SAP with exposure to talent it was previously missing out on.

Tapping into the latent talent of women currently out of the workforce is part of the reason Deloitte consulting is launching a pilot program called Return to Work next year.

“We are looking for talented individuals who have had time away from work – for parenthood, family care or other reasons – with the aim of helping them transition back into the working world,” Deloitte consulting partner Kaylene O’Brien says.

“It not only benefits us by opening up the talent base to highly-qualified, experienced, motivated employees who offer maturity and stability, but also gives these individuals the confidence to continue their career progression despite the fear of being behind or lacking appropriate skills.”

The 20-week program is designed to support experienced individuals return to the workforce after a career break of two or more years. The firm will offer 12 part-time, paid positions based out of Melbourne and Sydney to begin in February of 2017.

The program is modelled on a program Deloitte in the UK have successfully implemented.

“They received over 1000 applications and enquiries from people who wouldn’t have normally applied for permanent positions,” O’Brien told Women’s Agenda. Many of the participants went on to become permanent employees and Deloitte here is hoping to replicate the UK’s conversion rate.

“Why it’s been so successful is because we have really thought of the experience of the employee,” O’Brien says. She knows firsthand the difficulty – real and perceived – in returning to work after a break.

“I took a career break after having twin daughters and I was really thinking about the work mode I previously had and I wasn’t sure how I could do that with one-year-old daughters,” she told Women’s Agenda.

For O’Brien the transition back to work was successful because she came back part-time with flexibility and was then quite quickly promoted to partner. Not every person has that luxury though.

“There is a part of the market who are trying to imagine what it might be like to return to work after a career break and it’s tricky. They are asking themselves ‘Will I have flexibility? Do I have the knowledge and skills?’ We have specifically developed this program with a significant training component to build confidence,” O’Brien says.

“The aim is to bring people up to speed quickly and the program is part time because coming back part-time, with flexibility helps put the toe in the water.”

where do I join??

Awesome and would be even better if this was open to all parents, not just Mums !