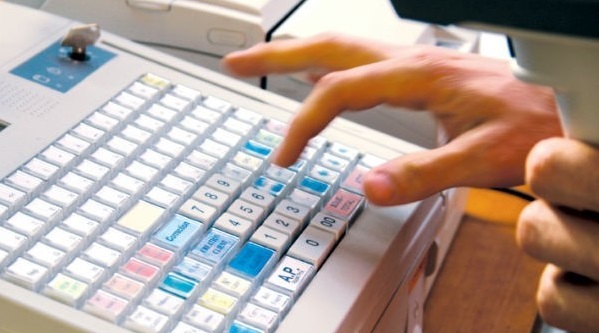 The employee brought unfair dismissal proceedings against RACV Cape Schanck Resort after she was dismissed from her role as the retail supervisor of the golf shop in March 2017.

The dismissal occurred a week after an incident with the shop’s till, in which a discrepancy was found where the register was up $50.

The Fair Work Commission heard evidence that on that particular day, the supervisor had reconciled the till before her shift ended at 3:00pm and said she found no issues. However, the staff member who started work after her reconciled the till at the end of the day and found it was $50 ahead.

Unsure what to do next, the staff member who found the error called the supervisor and asked her what to do with this error. She advised him to put the $50 aside and complete the cashing up process as though the till had balanced. The staff member did this, saying although he knew this was against store policy, he was taking directions from a superior.

On Monday the retail supervisor returned to work, where she proceeded to “ring up” $50 worth of transactions to balance out the till. As part of this process, she removed a faded hat that had been in the store for about 12 months, cut the sale tags off this item and placed it in her bag.

The Commission heard another colleague noticed the hat in the retail supervisor’s bag and took a photograph of this. He then sent a message to the acting golf operations manager of the resort, which promoted an investigation into what had occurred.

The acting golf operations manager had a meeting with the retail supervisor, where concerns were raised about the hat and that an incorrect till policy had been followed with the extra $50 being put aside.

The supervisor said she had intended to donate the hat to charity, which is why it was in her personal bag.

She was then asked to attend a second meeting three days later with the resort manager and people and culture manager, where she was asked to explain her actions when deciding to process a transaction for the hat.

At this meeting the supervisor was shown the picture of the hat in her bag and asked to explain this.

She was asked where the hat now was and told management it was back in the stock room and she had returned it there after the acting golf operations manager had raised concerns about her intention to donate it to charity.

The worker said she was asked, “what I would consider the removal of company property from the premises and I said that I didn’t know”.

After considering the worker’s responses and consulting with RACV’s manager of employee relations, the resort decided to terminate the worker’s employment, notifying her that the situation “was conduct in the course of your employment engaging in theft” and that her position would be terminated.

In considering the company’s response, Fair Work Commissioner Nick Wilson considered whether the resort’s suspicion of theft amounted to a fair dismissal.

He found that given the vagueness of the worker’s explanations for her actions, “I find on the balance of probabilities that [the worker] intended to take that stock home and not return it and that she had no intention of donating it to charity”.

The dismissal was found to be just.

SmartCompany contacted RACV but it had no further comment to make on the case. SmartCompany was unable to contact the former employee prior to publication.

Be consistent, clear and follow-through on stock policies

Director of Workplace Law Shane Koelmeyer says businesses need to make sure their policies around the movement of stock are clear and regularly communicated to workers.

“If your business happens to have a vague policy on this, it blurs the lines,” he says.

Koelmeyer says small businesses often have codes and policies in place, but in practice, managers might act in ways that contradict these when it comes to taking stock home.

“You should have clear expectations and not let it slip, because that’s when confusion starts to come in.”

This case suggests that the business in question did have those clear policies in place, which Koelmeyer says is important for demonstrating to the Fair Work Commission that staff should have been aware that moving stock into their own possession is not acceptable.

SMEs would be wise not to just assume that retail managers or those managing other employees are doing the right thing when it comes to the overall company policy.

“There’s a thing that happens where people get sloppy and there is a high turnover of staff in places like retail, and it might be that managers don’t get trained on these issues regularly,” he says.

“Have clear expectations, clear policies, clear directions. And if you allow it [things like taking stock] one week, then you can’t discipline staff about it if it happens in another week.”

Sounds like all the action perhaps was somewhere else in the resort while the shop staff carried on with little contact, human or official, with the rest of the organisation. That would be a recipe for neglectful, even resentful, actions more or less in the attention-seeking category. It seems that the supervisor may have been accustomed to fixing things up in irregular ways; it seems she had not been smart enough to take proper steps to get recognition or adjust policies or whatever. Then she paid a price for the sloppiness, as noted in the article.

“set and forget” is a dangerous management policy. MBWA (managing by walking around) is much more likely to nip these situations before they become nasty and time-consuming, as here. It would be interesting to know what RACV thinks now.