Family businesses look to sell up rather than pass on business: Report 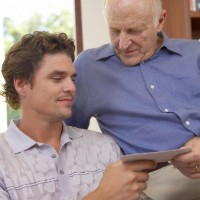 Family businesses in Australia are looking to sell rather than engage in succession planning, according to a PwC family business survey released today.

Of the 90 Australian businesses surveyed, only 24% plan to pass it on to the next generation, down from 38% in 2012, a statistic PwC partner Sue Prestney says is reflective of the Australian business landscape after the global financial crisis.

“I think that the market is more attractive now than what it was during the GFC when the last survey was conducted,” Prestney told SmartCompany.

“During the GFC, a lot of family businesses planned to pass their business on to the next generation because of a poor economic market, but now that the GFC has subsided and that the market is more attractive, a lot more businesses are planning to sell,” Prestney says.

Robin Buckham, the chief executive of the Family Business Association, agrees with Prestney’s sentiment, but would go one step further. “Parents want to educate their children,” Buckham says.

“People are having fewer children … which means that there’s less of a chance that the business will be able to be passed on.”

Prestney says the lack of succession planning isn’t a worry once the statistics are understood.

“Most of the Australian businesses surveyed were first generation businesses, and I think you have to recognise these businesses are in to sell.”

She says the most ‘sale-ready’ businesses get the best results, and if a business is unable to sell or is unprepared, people are out of the job and the business may close, which is why a lot of family businesses are preparing to sell, rather than take a risk with a succession plan.

“Smaller businesses have better customer service and people trust them more … The more businesses we can help and keep family businesses, the better it is for Australian business.”

Prestney believes the keys to a successful family business are planning early for any transitions the business may encounter; communicating properly; ensuring proper family governance is in place; making sure the next generation is prepared if a succession is planned; and ensuring the family understands their role within the landscape of the business.