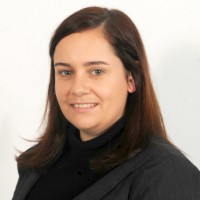 It’s the start of a roll-call of well-known, large Australian businesses. It’s also part of a growing list of local companies that have recently suffered a security breach.

Kmart told customers last week its online operations had been hit by an “external privacy breach” that affected some who shop on the retailers’ website.

It was David Jones’ turn on Friday. The department store contacted customers who were affected by an a third party gaining unauthorised access to its website.

David Jones said in a statement no customers’ credit card details, financial information or passwords were obtained by the third party, with the hack affecting customer names, email and mailing addresses and order details.

It was a similar case with the Kmart breach, with the retailer saying no credit card details were affected by the incident.

Kmart and David Jones now join the growing ranks of Australian companies learning about the importance of internet security the hard way.

One of Australia’s largest travel insurers, Aussie Travel Cover, fell victim of a hack in 2014 but details only emerged at the start of this year.

Online retailer Catch of the Day took three years to tell its customers of a breach to its database in 2011.

Even internet provider iiNet had its customer database breached earlier this year.

While these are big businesses, which no doubt have staff and budgets to deal with “security incidents”, the hacks should serve as a serious warning to SMEs about the importance of securing customer information.

Quite apart from the obvious legal and financial ramifications, a breach of your customer database can unwind all the hard work done to build that database in the first place.

It comes down to trust – and the reputation of your business.

As AVG security adviser Michael McKinnon told SmartCompany earlier this year, even a report about a possible security breach can have a lasting effect.

“The sad part is the reputational damage can come from that first news story people read about a compromise and possible breach,” McKinnon said.

“Even if it’s found out not to be true down the track customers remember that story.

“It’s very hard to gain back ground after that.”

Make time to review your business’ security and put a plan in place if something goes wrong. Don’t wait until it’s too late.