Fast Lane: Uber is more about renting than sharing 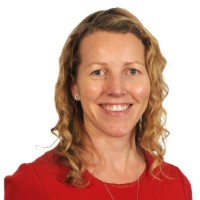 One of the biggest economic changes in the last few years has been the rise of the sharing economy.

Uber, Airbnb and Airtasker have quickly become household names and every second new business is trying to ride the same wave, launching as “the Uber of cleaning” or even (ambitiously) “the Uber of everything”.

At a conference I went to last week, Rachel Botsman, author and founder of the Collaborative Lab, argued the rise of the sharing economy is no passing fad.

“This is not a startup trend”, she said.

Botsman defines the sharing economy as using decentralised platforms, marketplaces and networks to take underused assets and make them liquid.

She says this is underpinned by a “massive shift” away from top-down hierarchical centralised institutions which currently control the creation, production and distribution of goods.

“It completely changes the way products and services are distributed and made,” Botsman says.

The rise of a sharing economy which shakes up existing hierarchies and incumbents appears to be good news for small business.

But these sharing economy businesses are getting an unfair advantage if they deliberately attempt to avoid laws regarding licensing, insurance, fees and rate limits.

Uber is currently battling the Australian Tax Office over its decree that Uber X’s 90,000 drivers have to start collecting GST.

It’s unclear exactly why Uber thinks its drivers shouldn’t have to charge GST when existing taxi services have to.

Just because a service is run from an app doesn’t mean this service shouldn’t have to pay tax.

It’s not quite as catchy and doesn’t have the same feel good aura but it does describe what’s actually happening when consumers pay $5 for a logo, $50 for someone to drive them to the airport or $150 to rent a room at someone’s house for the night.

“You’re selling and renting little blocks of your life for a few bucks and giving your opt-in marketplace a cut of the action,” Blanchard says.

To make life fair for all small businesses these transactions need to be subject to rules and regulations.

It’s time to take a look at how these rules and regulations should be changed to best reflect the world we live in rather than arguing whole sectors should be exempt from them.