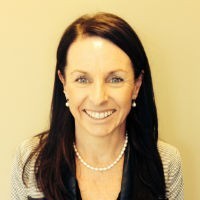 Interact Group founder Nikki Brouwers says the best piece of professional advice she ever received was from her entrepreneur father, who told her integrity was the most important thing in business.

“Dad’s advice was to treat other people like you’d want to be treated – customer service was always his motto,” says Brouwers.

Brouwers was just 23 years old when she launched Interact Group after graduating from her occupational therapy degree and becoming frustrated with the difficulty it took to affect real change as a cog in a big wheel.

“I really found it difficult to make a difference with clients,” she says of her time working for larger public and private sector employers.

“I had no strategic vision, no huge business plan when I started. I just knew I wanted to make a difference with my clients.”

But given the importance her father placed on client relationships, Brouwers says it was a chance meeting her dad had with her first ever client that confirmed she’d made the right decision to start a business.

“My dad is an old fashioned bloke – he likes to go to the pub and have a yarn with a beer,” recalls Brouwers.

“One night he was there and he struck up a conversation. My very first client, who I’d just signed, happened to be at the pub and started talking about working with an occupational therapist and said, ‘she’s fantastic and everything she said she’d do, she’s done’. It was a really significant moment for me, because my word is my bond.”

Twenty-one years later, Brouwers says it is this integrity and focus on customer relationships that has organically grown Interact Group into a $10 million business, which helps workers with an injury or disability get back into work quickly through a range of health services. Interact Group lists clients such as major insurer Allianz and the federal government and employs over 100 staff across the eastern seaboard.

Brouwers chats to SmartCompany about why she thinks businesses must change attitudes to injury and why being an entrepreneur means only being limited by the opportunities you don’t embrace.

With three teenage children, Brouwers says while she’s not naturally a morning person, she’s up at 6am each day to wrangle her kids for school.

But despite the early mornings, the 44-year-old Sydneysider says she’ll still happily pull a late night or two for work.

“I’m naturally the kind of person who likes to work to midnight or sometimes 1.30am in the morning,” she says.

With 12 offices across the eastern seaboard, Brouwers is often travelling and says there’s subsequently no such thing as a typical day.

In her role as managing director of Interact Group, her tasks include overseeing the operations of the business, setting the vision and direction of company and reaching out to industry and media as a voice on best practice in the sector.

Brouwers says she’s seen plenty of legislative and cultural changes to workplaces over two decades in the industry, but says she still sees antiquated and discriminatory views from some employers on injury and rehabilitation.

“In my experience in 21 years of helping thousands of people get back to work, there’s been five people I can say were truly what people would describe as bogus,” she says.

“The problem is when injuries occur at work, people don’t know how to respond to them,” says Brouwers, adding it’s critical to both employer and employee to get a person back to work in some capacity as quickly as possible.

“If a worker walks through the doors and says ‘I have prostate cancer’, everyone pitches in and there’s a real sense of belonging and connectivity,” she continues.

“But if that same person walks in and says, ‘I’ve been hurt at work’, there is suspicion and people say, ‘are you sure it happened here?’ It becomes a blame game, rather than sitting down to say, ‘what can we do to make it right?’”

For Brouwers, the key to her work-life life balance is being backed by a great team.

“I am a really good delegate and I trust [my staff], I don’t feel like I have to be across everything,” she says.

“I also have a really strong off-on button. I don’t sweat over the small stuff. I leave work and think, ‘I’ve done what I can do’. But it’s something I have achieved through discipline and I’ve gotten better at over time.”

As an avid traveller, Brouwers will spend her downtime holidaying with her kids or taking her two Spoodle dogs for a walk.

Brouwers says as an entrepreneur, she’s always looking for other opportunities to grow Interact Group in different directions.

“I’m always looking at what other markets can we go into? Resting on your laurels, you won’t achieve growth,” she says.

Having bedded down her NSW operations, Brouwers says the next 12 months will see her push further into Queensland and Canberra, and won’t rule out a move west to Perth and Adelaide.

“I’ve always said we need to be agile, to move and meet the needs of customer really quickly. We’ve opened operations in areas I never thought of because customer have asked, ‘do you do that?’ And I’ve said ‘no, but we can start to do that for you’.”

Her next personal step will be completing a PhD, after she enjoyed finishing her MBA so much in 2011. “It was a day spa for the brain,” she laughs.

“I am naturally a really positive person, I always think, ‘Yeah I can do that’,” she says.

“I see all this opportunity all the time and to move forwards. I think you’re only limited by opportunities and choosing the right one. The sky’s really the limit.”