Finder co-founder Frank Restuccia: Why I am giving my employees the day off on Monday to mark Anzac Day 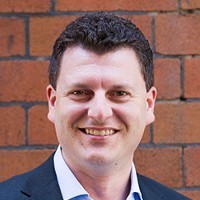 Frank Restuccia, co-founder of Finder.com.au, is giving his 40 employees the day off next Monday to mark the Anzac Day centenary and he believes other Australian businesses should do the same.

Just after lunch on Wednesday, Restuccia’s staff received an email saying Monday will be treated as a public holiday for all Finder employees, despite the day not be designated as an official public holiday in place of Saturday’s anniversary in most Australian states and territories.

“I think the decision which was made a while back by the powers that be not to give people extra time to commemorate and have an extended weekend and make Monday a public holiday is not right,” Restuccia wrote.

“To me it shows a real lack of respect … we are the lucky country and we should remember the past.”

“It is clearly too late for governments to make changes to official calendars this year. However, we can make a change here at our organisation.”

Restuccia, who founded Finder with Fred Schebesta in 2006, said he hopes his decision will mean “we can all spend some time on Saturday to either reflect a bit more and/or attend a service knowing that we have Monday to catch up on other things”.

“The next time [Anzac Day] falls on a Saturday will be 2020 and I would hope that this might be altered by then. If not, the same principle will be applied in 2020 for our company too.”

Speaking to SmartCompany a few hours after sending the email, Restuccia says he received at least 20 replies from employees who thanked him for the decision and said they were proud to work for a company like Finder.

“Such a proud and honourable moment for our company and country,” said one employee. “Another reason why I am proud to work at Finder.com.au,” said another.

A few employees said they would now attend a dawn service but Restuccia hopes all will spend some of their weekend thinking about the sacrifice of others.

Restuccia doesn’t believe there is an economic argument against his decision, saying he would tell any critics this situation could only occur once every seven years, and having a team that respects occasions such as Anzac Day is much more valuable in the long-run.

“It increases the pride in our organisation and what we do,” he says.

Come Monday, Restuccia says he would love to see “a whole bunch” of Australian businesses giving their employees the day off to mark the occasion.

“If other businesses felt the same way, it would be fantastic,” he says.