First in, best dressed: How Nathan Huppatz was first to the party with Costumes.com.au 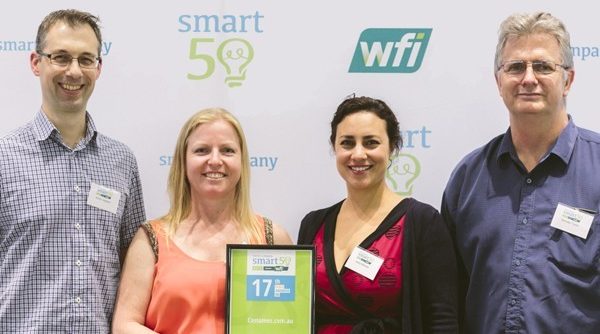 When Nathan Huppatz and Costumes.com.au co-founders Brendan Taylor and Ian Slinger launched their online dress-up retail business in 2010, they already had their fingers in plenty of different e-commerce pies.

The group had just sold an online fishing company, begun a guitar e-retailer and launched an online electronics business, on top of the fledging costumes website.

Having started in the e-commerce space back in 1999 – when online businesses had to write their own software to be in the game – Huppatz was already well versed in online retailing.

But like any serial entrepreneurs, the Melburnians were on the lookout for their golden idea and weren’t afraid to try new things out along the way.

“We were looking at all of those and working out which one had potential to be big,” Huppatz tells SmartCompany.

“We looked at costume verticals and looked at the US market – it seemed the perfect range for an online business. With costumes, it’s such a big range, it’s very hard to stick in a physical store.”

After a year in operation, the figures were clear – costumes was a winner.

“We looked at where we ranked, looked at competitors and after a year we decided this was something we can make a lot bigger,” Huppatz says.

But while Huppatz says he always knew he wanted to steer his own ship growing up – having two teachers for parents – the 38-year-old is still reluctant to claim the entrepreneur title.

“But I don’t reconcile with being called an entrepreneur. All I know is I love building things,” he says.

Entrepreneur or not, Huppatz now sits atop a business forecasting $7 million in revenue for the 2015-16 financial year.

The costumes business also featured in last year’s Smart50. And in 2011, he penned his first book, Making Money on eBay for Dummies.

He sits down with SmartCompany to talk about why he isn’t afraid to give away his e-commerce secrets and which Richard Branson quote inspires him to keep trying new things.

It’s not unusual for Huppatz to go to bed at midnight, staying up to work on extra projects such as writing his book or just winding down in front of the telly.

But the late nights mean you won’t catch Huppatz springing out of bed at dawn, admitting he’ll “crawl out of bed” at 7.30am.

“I am not a morning person,” he laughs.

After helping his wife get their two young children ready for the day, the family is in the car to do the school run before Huppatz gets to his Kilsyth office by 9am.

Since growing Costumes.com.au to its current size, Huppatz has worn many hats in the business along the way.

“You have to do that when you’re a small business,” he says.

“I would do everything from help pick and pack, maybe taking a few phone calls, looking at marketing and ad spend, working on the website and creating making banners. I would get involved in all of that.”

But times have changed since then, with Costumes.com.au now employing an operations manager and marketing manager, leaving Huppatz to focus on the higher-level strategic work.

A lot of his time is spent improving Costumes.com.au’s mobile website, creating a new version of the website and pushing a number of marketing initiatives.

But while he confesses letting go of those other tasks was challenging, he says offering his 10 full-time staff guidance, an open door and the room to make mistakes, has been the answer to taking a step back.

“There are certain ways you want people to solve a problem, but whether they follow that 100% the same as you, it doesn’t really matter. You have to learn to give up and let it go,” he says.

A proud supporter of Australia’s e-commerce industry, Huppatz is also heavily involved in organisations such as the National Online Retailers Association and will often speak at various industry events.

“I do spend a bit of time mentoring. I think it’s important to give back to other entrepreneurs,” he says.

“I had a few people say, ‘you give away a lot of good information when you speak, don’t you think you tell people too much?’ Well, I think, if they take it on-board, that’s great. I know and love the industry and I’m happy to give back.”

Huppatz admits having a good work-life balance is something that has taken work over the years.

“I’ve really made effort not to work so late or so long, and now any Google Calendar invite my wife sends me, I say yes,” he says.

To wind down, Huppatz likes to flick on a movie, travel with his family, or you may find the car-lover taking a chicane on his online racing simulation game.

The business has grown 85% in the last year alone and Huppatz says the current internal infrastructure can cope with another 50-100% growth this financial year.

“The team is also busy improving ReadyToShip, a cloud based software product that Huppatz says offers businesses a great tool for automated shipping and growth.

And whether he admits to the entrepreneur title or not, the serial businessman says he has plenty of new ideas and new opportunities in mind, divulging his love for Richard Branson’s book Screw it, Let’s Do It.

“You have to say yes to good opportunities, take a leap and have a go. The rest you can work out along the way. Those that are entrepreneurially minded, you just have to say, ‘screw it, just do it’.”