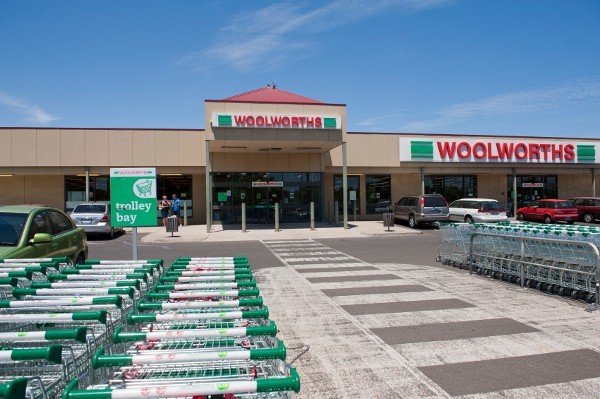 Woolworths has  appointed Brad Banducci as chief executive  and managing director after posting a $972.7 million loss in its half-year results.

Banducci will be taking over from retiring chief executive  Grant O’Brien, and was deemed the strongest internal applicant by the Woolworths’ board.

Here are five things you  need to know about the new Woolies chief executive.

1. Banducci has been at Woolworths almost five years.

Banducci first came on board as managing director the of Woolworths Liquor Group back in October 2011.

In February 2015 he was appointed managing director of the Woolworths Food Group, which is made up of Woolworths supermarkets in Australia and New Zealand.

Banducci will continue to act in this  role as well as take up his new duties until a suitable replacement is found.

2. He has a strong background in the liquor industry

Prior to Woolworths, Banducci was chief executive at wine retail company Cellarmasters Group from 2007 to 2011.

When Woolworths acquired the Cellarmasters Group in 2011, Banducci jumped onboard with the supermarket giant.

Woolworths describes  Banducci as “instrumental” in the successful development of Dan Murphy’s.

Banducci also has a personal passion for wine making, and owns an interest in a winery in Central Otago, New Zealand.

He also spent 15 years with The Boston Consulting group as a core member of the company’s retail practice, and also a director.

Banducci has law and commerce degrees from the University of KwaZulu-Natal, South Africa – where Banducci was born and grew up.

He also has a Master of Business Administration from the Australian Graduate School of Management.

5. However he has a tough job ahead of him

The almost $1 billion loss posted on  Friday is the first loss for  Woolworths since listing on the Australian Securities Exchange  23 years ago.

The loss follows Woolworths announcing it will be shedding its home improvement business Masters.

In a statement, Banducci said Woolworhts is going through a period of significant change.

“This result reflects the impact of those changes, most notably the considerable investment in price, service and customer experience across Australian supermarkets,” he said.

“The reported earnings result is also heavily impacted by the decision taken to exit the home improvement business and the subsequent provision for the impairment of assets, lease liabilities and other exit costs.

“Looking forward, we expect trading conditions to remain competitive as we continue on the journey of rebuilding Woolworths.”

For goodness sake get the spacebar fixed – there are nearly a dozen spacebar typing errors in this short interesting piece.