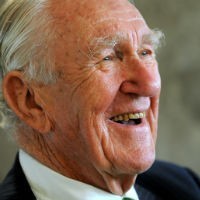 The 84-year-old statesman served as Australia’s 22nd prime minister between November 1975 and March 1983.

In a statement issued this morning, Fraser’s office said he died peacefully in the early hours of this morning, according to The Australian.

“We appreciate that this will be a shock to all who knew and loved him, but ask that the family be left in peace at this difficult time,” said the statement.

Born in May 1930, Fraser entered politics at the age of 25 as the Liberal Party member for the Victorian seat of Wannon.

After serving as a minister under prime ministers Harold Holt, John Gorton and William McMahon, Fraser became Liberal leader in March 1975 and took over as caretaker prime minister after the Whitlam Labor government was dismissed in November of that year.

Fraser won his first election in December 1975 and went on to win two more before being defeated by Bob Hawke in 1983. He retired from politics shortly after.

Speaking to SmartCompany this morning, Small Business Minister and Member for Dunkley, Bruce Billson, said he is saddened by the news of Fraser’s death.

“I recognise his decades of dedicated service to the country and I pass on my sincere condolences to his family at this difficult time,” Billson says.

“He was a Mornington Peninsula resident so he is well known to our community and will be missed.”