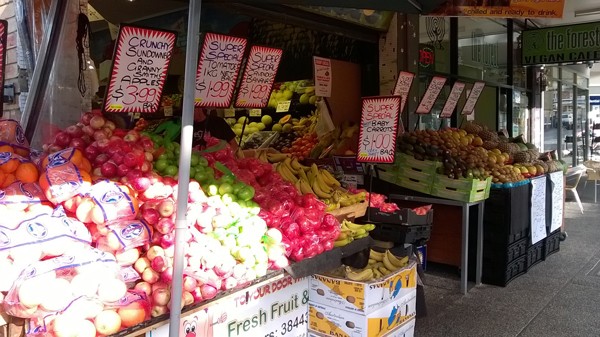 A fruit and vegetable wholesaler has been hit with a $76,478 repayment bill after the Fair Work Ombudsman found the business had underpaid two casual fruit pickers.

The director of the Gold Coast based company, Pacific Avenue Wholesale Fruit and Vegetables, claimed ignorance of appropriate award rates, despite the company being in operation for over 25 years.

The workers were paid a flat rate of $20 an hour to pack and pick vegetables, which director Brett Malouf reportedly claimed was based on what his industry competitors were paying. The FWO reports the workers frequently completed 60-hour working weeks and 2:00am start times, for which the employer failed to pay overtime.

Pacific Avenue Wholesale Fruit and Vegetables has 10 workers and provides fruit for a number of restaurants, cafes, and juice bars.

Employment and workplace lawyer at TressCox Lawyers Peta Tumpey told SmartCompany there is frequently “common misunderstanding” when it comes to paying casual workers.

“Many employers who haven’t kept up to date with the law think that they just have to pay casual workers a little more than the average employee, and frequently disregard things like overtime, annual leave, or superannuation,” Tumpey says.

“They must be paid superannuation, and they have to be included in things like worker’s compensation headcounts. Some employers think that casuals are quarantined from normal employees.”

One worker was underpaid over $50,000 across nearly three years, and another was underpaid nearly $26,000 over 13 months working with the business, according to a statement by the Fair Work Ombudsman.

Tumpey believes it is unlikely the company was unaware of the correct award rates for casual workers, saying the business is “obviously sophisticated”.

“The business has a corporate structure, it has clients, and it is accepting and paying GST. These days there is such awareness of employment law responsibility that ignorance is no excuse,” she says.

Tumpey also warns these sorts of contraventions can impact more than just a business’ bottom line.

“This will likely damage the business’ supply chain and reputation, as some may now feel uncomfortable doing business with them,” she says.

The company paid back the workers a combined lump sum of $34,000 last month and is currently undergoing combined weekly repayments of $816. The company has also made a donation of $500 to Working Women Queensland.

“I cooperated at all times with the Fair Work Ombudsman and I corrected the situation asap after learning from that. Compared with my competitors thought I was doing the right thing and I was not aware of the award rates at the time,” he says.

Businesses must know their obligations

“Businesses must be aware of all the minimum lawful pay rates their employees are entitled to, including penalty rates, or they will face a nasty repayment bill,” said Fair Work Ombudsman Natalie James in a statement.

As part of the enforceable undertaking, the business will display a notice in the workplace, detailing the contraventions and apologising to the two workers. While it’s common for workplaces to be forced to apologise to employees, Tumpey says public apology provisions are uncommon.

“We don’t see it much in enforceable undertakings, so it could be something that the employer put forward to the FWO to prove they were publicly sorry with what they had done,” Tumpey says.

The company advised the FWO it had already taken a range of actions to address the underpayment breaches, including hiring lawyers to prepare an employment agreement and updating current workers’ pay rates.

For other businesses wanting to get on top of their workers’ pay, Tumpey believes the FWO website is a good place to start.

“Head straight to the FWO website, as it lets you look up relevant industry awards, and it has some step by step outlines for employing workers, including things like example employment contracts,” she says.

“When it comes to paying workers, ignorance is no excuse.”