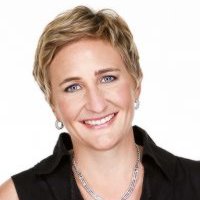 Remember the Seinfeld episode where Jerry attempted to beat a lie detector test so that he wouldn’t have to admit watching Melrose Place to his new (police officer) girlfriend? Jerry turned to the notoriously slippery George for advice.

“Remember Jerry,” says George, “it’s not a lie if you believe it”.

As a presenter at CPA Australia’s Congress this year I have been talking with financial professionals about mistakes and dishonesty. Those in finance typically find themselves at the end of a long chain of transactions and decisions, and through functions such as audit, compliance or variance analyses often have to identify transgressions and challenge the actions of others. If you are a business owner, you will need to do likewise and it therefore makes sense to understand the behaviour of mistakes and dishonesty.

Our avoidance of mistakes starts young. According to researcher Carol Dweck, we are indoctrinated as children with the message that getting answers right means you are smart. Getting something wrong therefore must mean you are not. Cut to adulthood and the same subtext pervades our boardrooms and cafeterias.

Is it any wonder then that we want to avoid mistakes? Unfortunately this leads to two undesirable responses: avoiding risk and/or covering up failure; with one sure-fire result, zero development. And that’s not good for business.

As the lead character in the TV drama House said, “Everybody lies” and so found behavioural economist Dan Ariely through a number of experiments outlined in his book The Honest Truth About Dishonesty. Calling it the ‘fudge factor’, Ariely describes how the impact of dishonesty is a function of many of us committing small transgressions rather than a few committing whoppers.

While the headlines scream at us about massive fraud cases and corporate collapses based on theft, in your business you are more likely harmed through cumulative erosion rather than eruption.

Fudging happens all the time while making decisions. How much we fudge depends on the degree to which we can gain advantage while still maintaining a positive self-image – and this is why George Costanza was spot on. In telling Jerry that it wasn’t a lie as long as he believed it, George was telling him that our mind is a very powerful rationaliser – by rationalising our actions we can live with them.

A few of the behavioural biases that help us rationalise and live with our lies:

Now that I have made you suitably paranoid about the human condition, in next week’s article I will be covering where to look for dishonesty and how to control for its impact. I promise.