Gerry Harvey wants to employ more refugees: Why you should consider doing the same 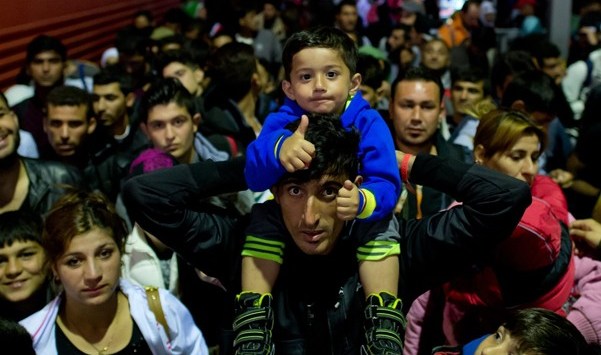 Veteran retailer Gerry Harvey says he wants to employ a portion of the Syrian refugees making their way to Australia because overseas workers and humanitarian migrants have a good work ethic.

The federal government has agreed to accept 12,000 refugees fleeing the violence in Syria, with the first families already in Australia.

Several companies have been approached in order to provide jobs for the new arrivals, with Harvey Norman among them.

Read more: Melbourne cafe owners give refugees a fair shot in the coffee industry and believe other SMEs should do the same

Speaking at Harvey Norman’s annual general meeting earlier this week, Harvey said he was happy to lend a helping hand.

“We can look at employing them in various parts of our business, whether that’s in the warehouse, clerical work, or — if they speak English — on the shopfloor,” Harvey said, according to Fairfax.

Harvey pointed to the example of how he hired a number of Chinese nationals for the company’s Singapore operations and how they flourished after being given training.

“They came back in again and, lo and behold, they became our best sales people in Singapore,” he said.

Harvey’s claims that refugees are hardworking is backed up by research by the Australian Bureau of Statistics, which found humanitarian migrants have the highest rate of business ownership among recent migrants to Australia.

Nicolette Ranieri, co-ordinator of the entrepreneurs program at the Asylum Seeker Resource Centre, previously told SmartCompany refugees bring “really strong business acumen” with them to Australia because of previous experience and a desire for a fresh start.

“They are very passionate about showing they can bring value to the community because there is so much stigma around and it is such a political issue,” Ranieri said.