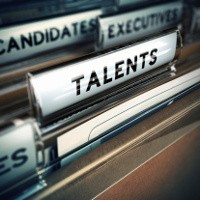 University graduates face one of the toughest job markets in decades with the full-time employment rate for graduates now at its lowest level since the early ‘90s, according to a survey by Graduate Careers Australia.

The survey, which mirrors research published by the Federal Department of Education in January, shows just 71.3% of new bachelor degree graduates looking for a full-time position were able to find one within four months of completing their course.

The figure represents a significant fall from 76.1% a year earlier, and is much lower than the 85.2% graduate rate recorded in 2008 at the start of the global financial crisis.

The fields of study producing the worst results in terms of employment included the social sciences (with just 55.7% of graduates finding work), psychology (56.1%) and the humanities (59%).

Meanwhile, the most successful fields were medicine, where 96.9% of graduates found work, pharmacy (97.6%) and mining and engineering (96%).

Overall, the survey shows 66.2% of graduating students looked for full-time work, with 15.5% opting to continue studying and 11.9% looking for part-time or casual work.

The results are based on a nationwide survey of 180,000 graduates, with around 110,000 respondents from higher education institutions across Australia.

“The GFC caused a lot of large graduate recruiters to pull back from the market,” says Guthrie.

“We’ve seen that continue since the GFC, although the further drop-off was a surprise. It shows that many recruiters remain conservative.”

According to Guthrie, the figures present an opportunity for small businesses looking to recruit new talent.

“It’s often the case that small businesses might fear being priced out of the market for the best new graduates by the big players,” says Guthrie.

“However, small businesses have a lot to offer graduates, in terms of perhaps being able to give them close access to management and opportunities for career progression that might not exist in bigger businesses.”

“Really, small businesses should look at graduates as trained raw talent,” he says.

Meanwhile, Guthrie says graduates struggling to find work should keep their heads up.

“Graduates need to keep in mind that the issue isn’t that they’re not going to find work, just that it might take them a little longer to find work than in the past,” he says.

“However, the unemployment rate for graduates is still half that of non-graduates.”