Gut feeling? Warning bells? Someone is cheating and stealing! 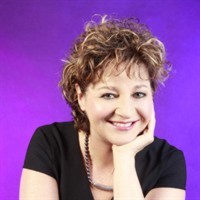 Is swindling and cheating at work uncommon?

It is a horrible side to office life that hopefully most of us can avoid ever dealing with. But it is not that uncommon, sadly. So what if you work with someone and suspect something is very unethical or illegal about their actions?

Do you wait for that awful moment until you know it’s a fact that an employee has completely broken the trust and responsibilities of their role, or that they have overstepped the line?

What is cheating vs stealing vs unethical behaviour? It’s all undesirable, and in most cases illegal. It could even be that the person is stealing IP and selling it onto others or using it for their own private business e.g. a client mailing list or trade secrets. Or maybe they have found supplies or ‘samples’ they can on-sell via eBay. Whatever it is – the sooner it is uncovered and the person removed, the better.

Why do they do it? Are they working alone?

Does it matter why they are doing it? Whether it is for personal gain, to solve a gambling problem, or put kids through private schools, or because it is too tempting? How long does it go on before it has escalated to weeks, months or years of abuse or embezzlement?

When someone is caught doing something wrong at work, whether it’s a form of stealing, an affair or corruption, the embarrassment is profound. There is a strong and strange reaction of shock, even when they have knowingly acted against the company for years. Sometimes it is denial that anything major has happened.

The spiral of deceit may have started off innocently. It might be claiming a few extra meals on the company’s expense. But then the person goes a step too far. They commit to an action that they know they could get in serious trouble for.

Greed is the other big motivator. Interestingly, the greed approach usually involves co-conspirators: people who are willing to go along and cover up.

It’s an important note for managers: the problem is almost always bigger than just the person committing the act. There is either a broader context in the person’s home life driving it, or there is a broader cultural or regulatory framework within the company that has allowed it to happen.

The realisation that it has happened is terrible for a manager or colleague. So what are the warning signs that should be picked up on very early? How can we all tighten our control to lessen the risk without creating an undesirable culture of mistrust?

Each of the warning signs below will apply to people in your team. They are not proof of any wrongdoing but they can serve as warning signs and are worthy of a response. The deceitful employee runs an adrenaline race, which is fraught with danger, stress and tension. The behaviours that come out of this range of challenging feelings should alert the manager that something isn’t right.

Most professionals have failed to meet a deadline at some point in their career. Some do it regularly, but deceitful employees do it due to their attention being divided. It’s really difficult to keep your mind on the job when you are busily covering tracks or paper trails, or avoiding delivering the very documents that could prove your undoing.

If someone in your team is making a habit of missing deadlines it might be worth taking a look at what is taking up their headspace and implementing stricter deadlines – with consequences.

Attack others to avoid being attacked

Some say that the best form of defence is attack. The deceitful employee will often take this approach in order to defer attention from themselves. If someone else is receiving heat or attention it means they can sail through unimpeded.

Every manager loves to have full knowledge of what is going on, but sometimes it is important to notice who is providing the information and what their motives are. These attacks often come in socially charged work environments, like meetings or lunches. By asserting themselves through this form of bullying and deflection they feel quite protected.

In one case, the culprit who had been clocking up vast personal expenses on the company credit card for over a year tried to have a peer sacked, as she likely feared being caught out.

Luckily the company did not sack the wrong person. But imagine how many times the ‘trusted’ one is in fact the thief? Or the potential whistle-blower, loyal to the company, is prematurely removed?

Living beyond means or spending on unexpected gifts

Is someone suddenly buying expensive jewellery, expensive clothes and furniture, new cars, property, or taking luxury holidays – surprisingly or consistently beyond their means? Maybe it is not your business to pry – it is about awareness. Is someone buying lots of gifts for staff or rewarding them beyond what is normal recognition for good work? At the same time, is this person in a position to be accessing company funds?

Deceit is a terrible spiral to fall down, as it tends to create larger and more elaborate cover-ups as time goes along. The person who will eventually be required to act on the transgression is usually the manager, unless of course the transgressor is the manager.

The more cunning deceitful employees often act calm, sometimes in denial, some even having built up a case in their minds to ‘justify’ their actions. They may try and ‘hide in plain sight’ by becoming close to a manager or someone well respected, or a critical person in accounts that must be kept happy. It serves as a protective barrier but it also allows access to more sensitive information, which serves the need for greed.

You need to give your employees the freedom to do their job and enjoy the space to be creative or make improvements. It will work for you more often than it works against you. The challenge is to limit the potential damage inflicted by those who deceive the company.

My advice is to listen to your gut. It isn’t always right, but there are measures you can take when you ‘get that feeling’ that someone or something is not right.

If you have someone that is involved in account management that you suspect may be inappropriately guiding funds then you should start by quietly checking facts. Do a quick audit of the accounts or company credit card statements, maybe a random check, quietly and efficiently, on a weekend or evening. Focus on facts. Checking how expenses have been coded. Check invoices paid are bona fide suppliers.

You can limit or change the person’s responsibilities. Then monitor their response.

Some companies have email policies that state all emails are the company’s property. If your suspicion is roused enough you can, in some cases, gain access to their work email. (However, you would need to know where to start looking. It’s hard enough to get through your own email load without allocating time for laborious combing of correspondence).

It’s essential to change the course of action before it goes too far. Communication helps a lot as well. If you suspect something, you can ask a few well-worded questions that makes someone realise their actions are being noticed.

Some deceptive people are incredibly skilled at tricking those around them. There is no prototype of the deceitful employee. It could be anyone. Often it is the people you least suspect, because they’re trying to charm you in order to serve their own purpose.

Think carefully about how you handle suspicion. Get your facts right. Who do you trust 100% to share the information? Is it one or more people involved? Is this an internal matter or should the police be involved? Acting too late is really damaging to a company and team. Acting too early can really burn the trust between you and an employee.

Keep things measured and tighten your watch whenever you get that nagging little feeling that something isn’t right.