Help! I don’t know how to deal with my crying employee 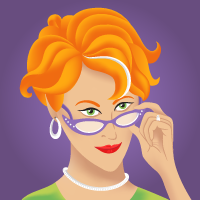 One of my staff keeps bursting into tears. She is extremely sensitive and at the smallest issue she will just start crying. I don’t really know how to deal with this. In my view, professionals don’t display their emotions at work.

The only way you can keep emotions out of the workplace is to employ robots rather than humans. Humans are emotional (some more than others) and just ignoring your crying staff member is not the right way forward. You need to take tears and other emotional outbursts for what they are: communications.

Writing in the Harvard Business Review, Liane Davey says you need to act when the emotion is at an early stage. In this case, try and act before your staff member actually breaks into tears.

“If you wait until the emotion is in full bloom, it will be difficult to manage. Instead, watch for the telltale signs that something is causing concern. The most important signals will come from incongruence between what someone is saying and what their body language is telling you.”

“Say something like, ‘Jane you’ve stopped talking, what’s going on for you.’

“Listen carefully to the response, both to what is said and what you can infer about facts, feelings, and values,” Davey advises.

Finally, Davey advises resolving it. Articulate the problem and if your hypothesis is right, Davey says you’ll probably see relief.

Emotions are uncomfortable, messy and complex. But they’re part of being human so you’re going to have to deal with them in your team.