Here comes the unstoppable wave of women in business 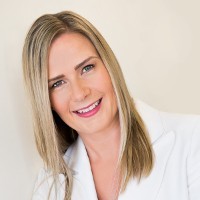 I recently returned from the CBA Women in Focus conference at Noosa, and like last year, it was motivational to collaborate with over 170 driven and successful business women. Disruption was the theme and it got me thinking, as a collective business community are we making progress toward equality?

On the 20th of July 1960 Sri Lanka elected the world’s first female prime minister: Sirimavo Bandaranaike. It took Australia 50 years to make this step when Julia Gillard was voted into the top job in 2010. Ignorance, and a touch of arrogance, has resulted in men dominating the upper levels of the business landscape in our country. I personally believe the best person should always prevail but, we must attract the best talent regardless of gender. Why has it taken so long to achieve equality? We have been making progress in 2015, and that needs to be recognised, but we still have a way to go.

Four indicators we are making progress on equality in Australia:

In 2009 women were on 8.3% of boards, and in 2015 it has exploded to 20.1%. This is a huge improvement in six short years. Maybe not as quick as some would like, but a result we should be proud of. One out of five board members are women, this is a huge step in the right direction.

2.         Women in business networking and support groups are thriving

Business Chicks, CBA Women in Focus, Women on Boards, Australian Women’s network and Women in Heels. There are some magnificent communities supporting women to develop, become better networked and build their skills. I have attended many events run by these organisations with world class keynote speakers, workshops and opportunities to develop. Women are more open to learn, more inquisitive and willing to develop. These organisations are giving confidence to a new generation of business leaders and should be applauded.

The AFL and NRL are leading the way by appointing more females in high-level board and executive roles. Out of 150 AFL Club board positions in 2015; 25 are filled by women and there are two females on their nine-person AFL commission. The NRL has a female CEO at the Bulldogs, two club chairs and eight club board positons are held by women. These numbers don’t knock your socks off, but this is footy, a male-dominated industry on and off the field since its inception!

What can only be described as leading by example Prime Minister Turnbull has wasted no time in securing five women in his cabinet. Kelly O’Dwyer (small business minister), Sussan Ley (health & sport minister), Michaelia Cash (employment minister), Julie Bishop (foreign minister) and Marise Payne (defence minister). Four of these women were bravely promoted into their positions as part of his cabinet reshuffle. This political move may just be the largest leap toward equality we have seen in this fine country of ours, don’t under estimate its significance.

Forward-thinking, progressive people see it. Society wants it. Our most famous sporting clubs recognise it. Our latest prime minister has cleverly embraced it.

I hope the wave becomes a tsunami and washes through the stuffy, dark, oak-ingrained boardrooms around the business world, washing over the dusty scotch bottles and Encyclopaedia Britannia collections of the old-school business community. Is it the changing of the guard? I think we are making progress.

New leaders are inclusive, compassionate, innovative and forward-thinking. Fellas, that might mean a woman!

Sue-Ellen Watts is the founder and director of wattsnext, specialists in HR, recruitment, compliance and people performance.