Hillary Clinton: “I want to be the small business president” 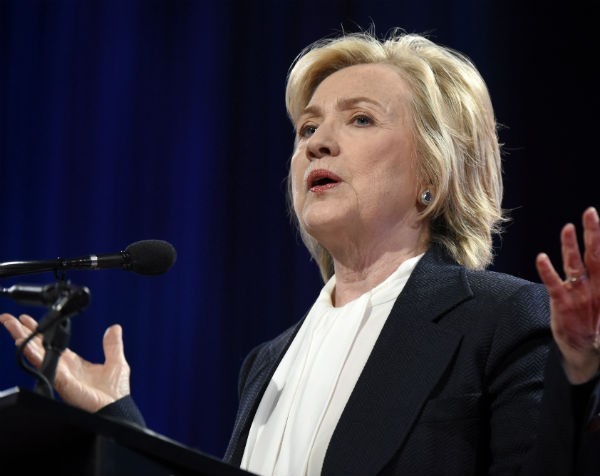 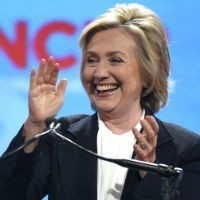 US presidential hopeful Hillary Clinton has taken a page out of the Australian federal government’s handbook and used her first major economic speech to appeal to entrepreneurs and small business owners.

While small businesses in Australia have been billed as “the new black” ever since they were placed at the centre of the federal government’s 2015 budget, Clinton said on Monday SMEs in the US will also be the major beneficiaries if she is elected the next president of the United States.

“I’ve said I want to be the small business president, and I mean it” Clinton said.

“Small businesses create more than 60%  of new American jobs on net, so they have to be a top priority.”

“And throughout this campaign, I’m going to be talking about how we empower entrepreneurs with less red tape, easier access to capital, tax relief and simplification.”

“Previous generations of Americans built the greatest economy and strongest middle class the world has ever known on the promise of a basic bargain; if you work hard and do you part, you should be able to get ahead. And when you get ahead, America gets ahead.”

“But over the past several decades, that bargain has eroded. Our job is to make is strong again.”

1. Clinton grew up in a small business household

Clinton said her passion for helping American families comes from her own background.

“I will get up every day thinking about the families of America, like the family I came from, with a hard-working dad who started a small business and scrimped, and saved, and gave us a good middle-class life,” she said.

2. The US economy is too focused on the short-term

“Today’s marketplace focuses too much on the short-term, like second to second financial trading and quarterly earnings reports, and too little on long-term investments,” she said.

3. The sharing economy is not all upside

“Meanwhile, many Americans are making extra money renting out a small room, designing websites, selling products they design themselves at home, or even driving their own car,” Clinton said

“This on-demand, or so-called gig economy is creating exciting economies and unleashing innovation.”

However, Clinton said the rise of the sharing economy is “raising hard questions about work-place protections and what a good job will look like in the future”.

“I will crack down on bosses who exploit employees by mis-classifying them as contractors or even steal their wages,” she said.

4. Businesses should invest in their own employees

Clinton said some Republicans, including Wisconsin governor and presidential candidate Scott Walker “have made their names stomping on workers’ rights and practically all the Republican candidates hope to do the same as president”.

But she said, she will “fight back against these mean-spirited, misguided attacks”.

One of the “new ideas” Clinton presented in her speech is for more companies to share profits with employees.

“Hard-working Americans deserve to benefit from the record corporate earnings they help produce,” she said.

“So I will produce ways to encourage companies to share profits with their employees. That is good for workers and good [for] businesses. Studies show that profit sharing that gives everyone a stake in the company’s success can boost productivity and put money directly into employees’ pockets.”

6. Excessive risk taking on Wall Street must be reined in

“As a former senator from New York, I know firsthand the role that Wall Street can and should play in our economy, helping main street grow and prosper, and boosting new companies that make American more competitive globally,” Clinton said.

“But as we all know in the years before the crash, financial firms piled risk upon risk, and regulators in Washington either could not or would not keep up. I was alarmed by this gathering storm and called for addressing the risks of derivatives, cracking down on subprime mortgages and improving financial oversight.”

“Under President Obama’s leadership we have imposed tough new rules that deal with some of the challenges on Wall Street. Those rules have been under assault by Republicans in Congress and those running for president. I will fight back against these attacks and protect the reforms we have made.”

7. More women are needed in the workforce

“We are in a global competition, as I’m sure you have noticed. And we can’t afford to leave talent on the sidelines. But that’s exactly what we’re doing today. When we leave people out or write them off, we not only shortchange them and their dreams, we shortchange our country and our future.”

“The movement of women into the American workforce over the past 40 years was responsible for more than US$3.5 trillion in economic growth. But that progress has stalled.”